The product was loaned to me free of charge for the review purpose in exchange for my honest opinion.

Prior to this review, the first and the last A&K DAP I had a chance to test was AK120ii. Now, 3 years later, I still feature it in majority of my reviews as part of pair up testing with various IEMs and full-size headphones, and in comparisons to other DAPs in a similar price/performance class. So, when my readers ask me why I still use AK120ii (I get that question a lot), the answer is because that’s the only A&K DAP I had access to and because it’s still relevant. The meaning of relevance in today’s DAP market feels almost the same as in smartphone market, and coincidentally has a lot to do with catering to streaming apps, Android implementation, and hardware to support it, which makes some DAPs obsolete in a short period of time after the release. A&K focus seems to be more on sound quality and user experience first, without worrying too much about general app support. That’s how they keep OS lean, fast, and optimized. And even so they provide access to Tidal (current audiophile choice for streaming), we are not talking about open Android with a freedom to install other apps.

Recently, after getting the opportunity to spend a few months with A&K current flagship A&ultima SP1000, this DAP became a permanent fixture in all my latest reviews. I already posted a mini-review focusing on SP1000 SS vs CU comparison while I had CU unit on a short loan, and now I’m ready to share with everybody my thoughts about SS version. Just as a heads up, I can’t comment on comparison of SP1000 to the previous AK380 flagship since I don’t have any experience with it. But you can certainly expect my usual detailed analysis of the design, user interface, sound performance, comparison to other summit-fi DAPs, and an extensive guide to pair up with many different earphones.

I find it very important in this review to be clear about which firmware version I’m using, thus I will be specific about it. According to the official statement from A&K, there shouldn’t be a sound difference between firmware updates within each specific SP1000 model, and the sound should only vary between the models, such as SS vs CU. Personally, I do hear a difference between fw updates which I have described in my SS vs CU review, though I don’t have a definitive explanation why there is one and still wonder if it has anything to do with tweaking of AKM filters by manufacturer, which users don’t have access to. But either way, let’s take a closer look at what I’ve found after spending the last few months being permanently attached to this DAP.

I decided to combine these sections together since a big part of the unboxing is a beautiful wooden giftbox SP arrived in. Covering the wooden box, there is an all-black packing paper box with a signature “A” and Astell&Kern logo name on the front, and a detailed small print spec in 10 languages (including in English) on the back, plus a packing list of everything included. But the fun starts once you open the paper box to reveal a star of this unboxing – a wooden display giftbox.

I like how everything was packed inside of a wooden box with Astell&Kern name on the top cover. My only comment here, there is no latch or hinges to hold the cover securely attached, so be careful when lifting it up or moving it around, making sure to hold it from the bottom. Inside you have a foam cutout under the cover where you will find a leather case, and a foam cutout inside the main part of the box which holds SP1000 SS, quick start guide, warranty card, 2 sets of front/back film screen protectors, usb-C cable, and a neat SS pin for the uSD card tray latch release, designed in a shape of “A” logo. For sure, it felt like a premium unboxing experience, setting the tone for a flagship product waiting ahead of you.

A-logo uSD tray pin was a nice touch, just be careful not to lose it. 2 sets of screen protectors were also thoughtful in case if you mess one up during installation or lift it up when sliding into a case. The included standard USB-C high speed cable for charging, data transfer, and usb DAC functionality is high quality, thick, with a durable shielding, and most likely with proper gauge wires. With a fast charge mode support, it’s important to use a quality cable for high speed charging at higher voltage. 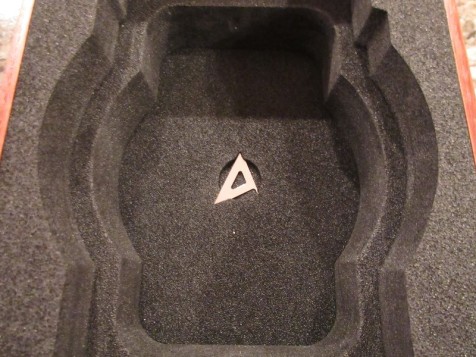 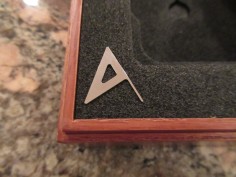 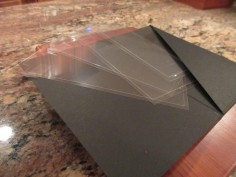 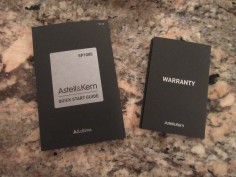 As expected, A&K included a quality premium leather case with SP model. The case fits like a glove, with a generous opening for usb-C connector at the bottom, covered play/pause/skip buttons on the left (though a bit shallow when you slide finger over the case), a fully open top (where you slide the DAP in), and uncovered upper right corner going from the volume/power wheel and all the way up. Inside the case you have a soft suede material to protect DAP from scratches. The case looks great and gives this large size dap a more secure grip when handling it. 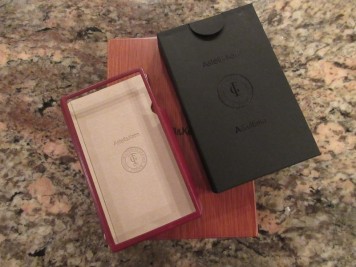 But my favorite case for SP model is Artisan Series Patina leather case from Dignis. The quality of Dignis work and material selection needs no introduction. This new model for SP1000 comes in 2 finishes, navy and brown, and takes a long time for one craftsman to dye by hand to get a perfect aged patina finish. It’s often listed as out of stock because it’s a very time-consuming process, requiring the long wait until the next batch is ready.

Besides enhancing the grip and protecting the DAP from scratches and minor drops and bumps, the inner soft lining gives a nice cushion, there is one more advantage to this case. Like a stock case you have a generous usb-c port opening at the bottom, covered transport control imprinted buttons on the upper left side (though, easier to feel), and a large opening at the top where you slide the case in. But unlike a fully open upper right-side corner of the stock case, Dignis carefully crafted its design to cover the upper right part of chassis, protecting the DAP and avoiding the bend of the front upper corner of the case, plus having a neat cutout for the volume knob. You do have to be careful when sliding SP1000 in and out of this case, and should refer to the instructions provided by Dignis. 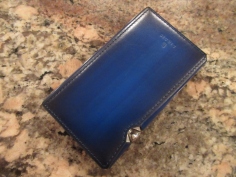 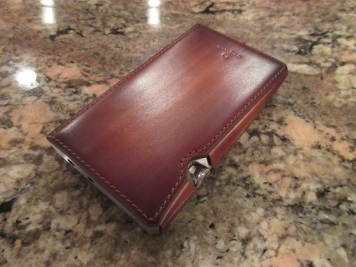 A&K latest flagship is a big DAP in every sense of the word. It has a big sound, a big display, and it’s bigger in size. With dimensions of 75.8mm x 132mm x 16.2mm, on par with some of the large screen smartphones and a few of my other big size DAPs, I still consider it to be portable, but it might not be pocket friendly for everybody due to its 388g (Stainless Steel) or 418g (Copper) weight. This is just part of a tradeoff for having a large 5” high definition touch screen and additional weight associated with either SS or CU chassis.

The focus of the design is the large 5″ touch screen occupying the front view, with a touch home button below the visible display area – a great feature to get back to the main Playback screen from any other screen. The front view of the DAP is nearly symmetric between the bevel sides, with a crown-patterned volume wheel on the right which also functions as a power button when you press on it. As a power button it has a typical functionality of short press to turn the screen on/off or a long press to turn the power on/off, with confirmation to shutdown which requires touch screen acknowledgement. The volume wheel is easy to turn using one finger, though it’s not loose and has some resistance with a click action felt for every rotation turn.

A&K DAPs were always known for a physical volume wheel, but in SP1000 to improve the ergonomics they decided to combine it with a power button for an easy reach – a good idea considering large size of this device. Basically, you don’t have to take your hand/finger off the volume wheel after the adjustment if you want to turn on/off the display. The design of the volume wheel has a detailed crown pattern, typical of a wrist watch. It certainly adds to the appeal of the DAP, since even inside of a leather case the wheel is still visible.

On the left side you have Play/Pause and Skip controls, three little buttons located in the upper part of the left side. They do have a nice tactile response and spaced evenly with enough room in between to avoid pressing an adjacent button by mistake. Plus, Play/Pause has a bump for an easy id. The only problem, majority will have SP1000 in a leather case with buttons covered, and stock case has a shallow imprint where it’s not easy to id play/pause in the middle when quickly brushing your finger across. That’s why I liked a better definition of imprinted buttons in Dignis case.

The top of the DAP has fully open access to 3.5mm headphone port which also used for Line Out and Optical out, and 2.5mm balanced headphone port. Right next to it, there is a flush mounted micro-SD card tray which keeps the dust away and needs the included A-pin (or any other pin) to open it. I have seen other manufacturers starting to implement a similar micro-SD card tray design, but what I like here is that tray is accessible with a case on. This way you don’t need to remove a leather case to replace micro-SD card.

At the bottom you have USB-C port which is used for charging (including Fast Charging), data transfer, USB DAC connection, and USB OTG external device connection. Next to it there are docking contact pins for future A&K expansions. The back of the DAP has an asymmetric carbon fiber inlay and a small round cavity in the upper right corner used probably for securing of docking accessories. And of course, the metal chassis of the frame around the sides and the top/bottom are made of either Stainless Steel (SS) or Copper (CU) metal. I assume CU finish has some anti-oxidation coating. 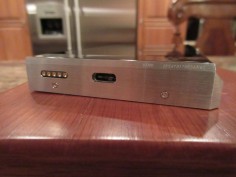 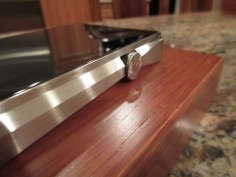 Page 2 – Under the hood and GUI overview.

Page 3 – Sound Analysis and Comparison to other DAPs.

Page 4 – Pair up with IEMs and Full-size headphones.