When Shanling learned about this review they were kind enough to send over their new armband for me to try out as well, so we are unboxing two boxes. 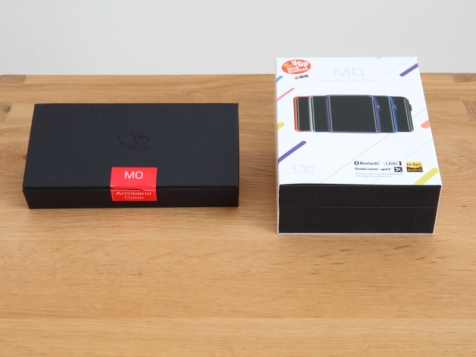 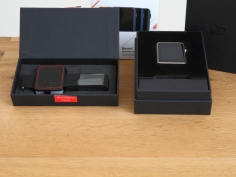 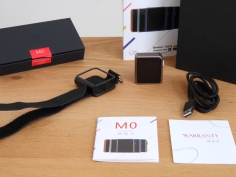 The M0’s box came in a white sleeve with an image of the great range of colours that the M0 is available in and some basic information on it. Removing the sleeve revealed a similar box to the one the armband came in, a classic mat black with a glossy Shanling logo on it. Opening up both boxes revealed a very nice presentation that has a premium feel to it. The M0 was presented sitting in black foam in such a way that it was the centre of attention, whereas the armband was the centre of attention simply by being the sole item in its box. The M0 also did not come with a whole host of extras, just the basics such as a USB cable, which I found was quite a nice one, and very basic manual and warranty card. Spartan, but also just what I would expect at this price point and there is no need to add more either.

The M0 is a very nice DAP and I was really impressed from the moment that I took it out of the box. It is solidly built yet due to its diminutive size only weighed in at 37 grams on my kitchen scales, and that was including the required micro-SD card. The design itself is understandably minimalist, there is simply not much room to add lots of buttons etc, but it is executed in a very sleek and stylish design. On the bottom are the only ports found, a USB-C port and 3.5mm headphone out, on one side is a very nicely designed volume knob that also functions as an on-off switch (which I found a little too sensitive, often switching the M0 on when I was storing it after training), and on the other the slot for the micro-SD card. For a DAP this small, I would say this is an award-winning level of design, it is that well thought out.

On the front is a 1.54 inch touch screen from which you control the DAP. It is very responsive and works very smoothly, although its small size does make it a little sensitive when trying to scroll through a long list of albums.

In use for training the M0 is absolutely brilliant. The size and weight are perfect and I can just forget that it is there. Initially I did not have the armband (which I will discuss later in this review) and so I needed to find a way to carry it with me while running. I found that it fit perfectly inside the back pocket of my running pants that is actually meant for keys and during my runs I did not find the weight to be noticeable at all. The Shanling clip would do very nicely here too and if you happen to be using Bluetooth you can just put it in any pocket without it bouncing around more than a set of keys.

Tiny DAP, huge number of options. The M0 has very extensive menus and lots of settings that can be used. There are five main menus:

I fiddled around with various settings to see what would work best during training. It tried the DAC filter settings and did not notice too much of a difference while I was training. The differences might well be there to hear during critical listening, but that was not the purpose of this review and so I left it on the factory standard ‘Minimum Slow’. 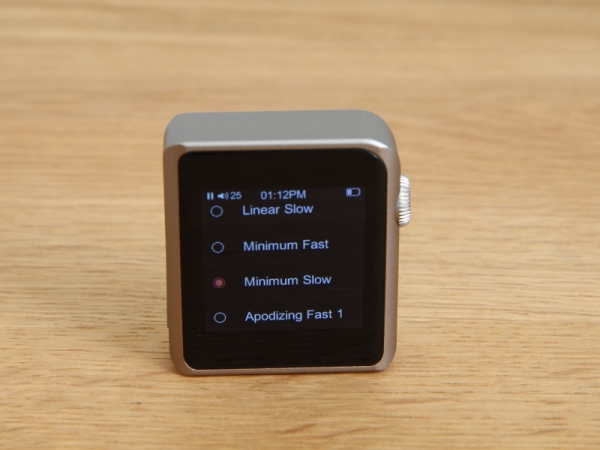 I usually avoid using EQ, especially for reviews, but when training it does not matter as long as the music is engaging and so I tried out various options. The M0 does not have a custom EQ function and only allows you to use a set of 16 pre-sets. I tried out several options while training, only to revert back to the normal sound, as the M0 sounds best that way to my ears. 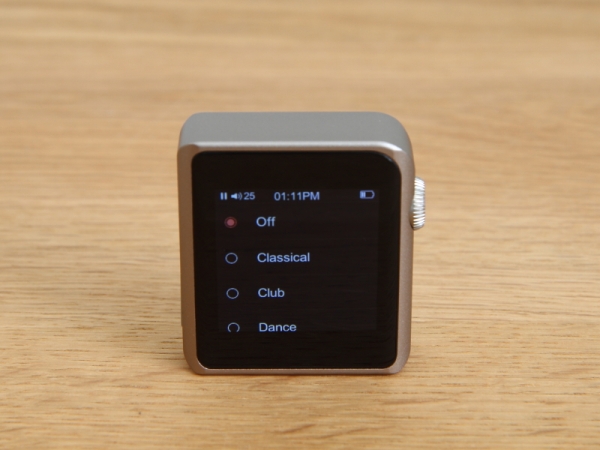 When the music is playing the M0 has three options to view:

After a short while the screen will go back to displaying only the album art.

Despite its diminutive size and affordable price, the M0 offers impressively good sound quality. It has a more neutral tone than my warmish-natural sounding AK70 and has a bit more brightness, which I feel helps details come through more clearly. With the E4000 I felt the M0 accentuated the V-shaped sound slightly compared to the AK70, as the AK70 had a tighter bass and more laid-back treble. In comparison I felt the M0 had a more exciting sound. 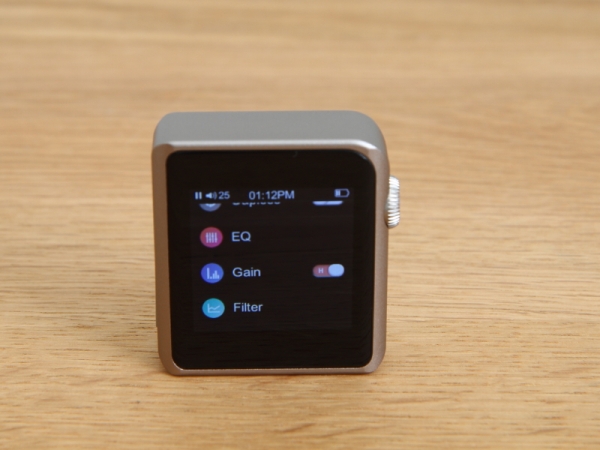 I have tried both low gain and high gain mode and ended up keeping it on high gain, as I felt the E4000 benefitted from it. Paired with the E4000 on high gain, the sound is punchy, detailed and exciting, exactly what I was looking for in a training setup. Even when I run outdoors I get a really good bass impact coming through, clear details and a lovely bit of sparkle, it just feels really well balanced for training. The soundstage is also of a very good size so that the sound does not feel like it is too confined in the head. It does create a nice training bubble where I can focus on myself, but it feels nice and natural as well. There is also no need to push the volume up too much, as even on relatively low volume levels everything is there.

The design of the armband is simple and effective. I think it is the same case Shanling released earlier, but this time connected to a band. You can simply slide the M0 in from the top and the fit is tight enough to keep the player in place. The cable can be inserted through an opening in the bottom and the armband itself is elasticated so that it can fit tight enough around the arm to stay in place, but not restrict movement by being too tight. 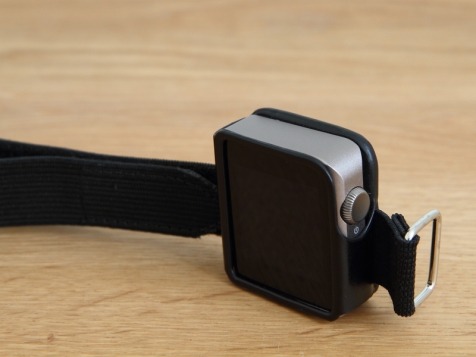 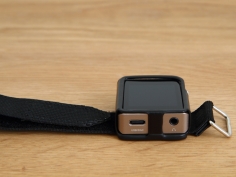 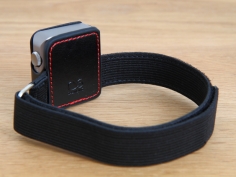 I really liked using it for running and it stayed perfectly well in place. It also worked well with the E4000, the cable of which I just ran underneath my clothes, as I was wearing several layers due to the cold weather. I expect though that in spring it might be a bit trickier, as I will need to find a way of dealing with the cable when I wear only one layer with long sleeves. In this case Bluetooth becomes a much more practical option, as it does away with the cable. Or, alternatively, the Shanling clip so that the M0 can be clipped on my clothes around my waste, making it much easier to run the cable underneath my shirt. Wearing the armband on my bear arm underneath the sleeve of my shirt is not something I want to try while running, as I expect it will start to chafe after a while. (Running is notorious for causing chafing.) Again, Bluetooth might be the optimal solution here and I hope that at some point I will be able to try out true wireless earphones paired with the M0.

Overall the armband has proven an excellent solution that is comfortable and has what feels like a very durable design.

The Shanling M0 is an excellent “micro DAP” that packs a considerable punch in a very small package. It is beautifully designed and a very capable performer with a smooth and responsive GUI, and a great sound. Despite its minimalist looks, the M0 is fully featured and is a joy to use. For audiophiles looking for a training DAP, I cannot recommend the M0 highly enough. It is a joy to use and when paired with IEMs such as the Final E4000 offers audiophile quality sound in a setup that is extremely light, comfortable and durable. The added bonus of having a few great optional accessories such as the armband and clip, make it a really practical solution that might well be more convenient than some Bluetooth receivers, as those would still require a source and the M0 is already very small and light.