Since DX220 has a modular design like DX200 and amp cards are backward/forward compatible, the module is still at the bottom behind the glass with edges seamlessly integrated with main chassis.  A screw on each side secures the amp module.  The rest of the ports and controls around the DAP are similar to DX200.  On the left you will find a spring loaded micro-SD card opening, on the top there is SPDIF port shared between COAX and Optical outputs.  Next to SPDIF port, you will find USB-C charge/data port, and Power button (for screen on/off with a short press and power on/off with a long press) is in the upper right corner, flush with chassis.

On the right side you no longer will see a guard bar over the volume wheel.  Design is cleaner now with a solid one piece chassis and nothing else attached in the upper right corner.  Volume wheel doesn’t stick out too far, has a diamond cut along the side for easy one-finger rolling, and has a precise tactile response with a soft click feedback.  Below it, you have playback control buttons, all metal, the same size, flush with a chassis, with Play/Pause in the middle and Skip on the sides.  It looks and feels nice in your hand, but I still prefer and recommend keeping DX220 in a leather case to enhance the grip. 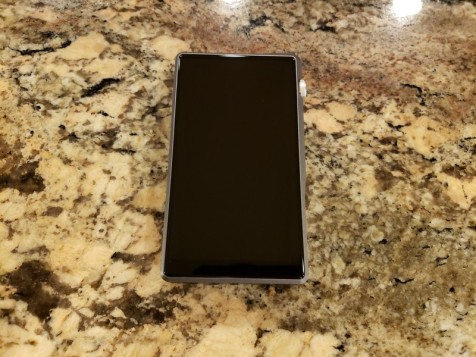 In this section I usually cover inner guts of the new design, but in case of DX220 not too much has changed, at least not when it comes to the main components.  According to iBasso, they looked at all the available DACs, and still decided to use dual ES9028Pro configuration, the same as in DX200.  Based on my discussions with iBasso, they put audio quality as their #1 priority, above any “next gen” marketing buzz.  The selection of those desktop grade DACs for DX200 was a way for iBasso to futureproof their design, and they did it, even carrying it over into the next gen DX220 flagship.

To my surprise hardware was updated with 4GB of DDR3 RAM, but the CPU remained the same, Octa-Core ARM Cortex-A53 as the one used in DX200.  So, what does this mean?  I can only judge by running new Mango v2 app and other apps I loaded on DX220, and I do feel apps running smoother, but overall Android experience is the same, and I even confirmed that by running a few benchmark tests.  Do I need a faster Android OS on DX220?  I already have a smartphone and half of the time use DX220 in Mango OS anyway, so it’s definitely not a show stopper for me.  But, I would have loved to see it with either Qualcomm Snapdragon or Samsung Exynos processors because with its gorgeous 5” display and 4GB of RAM I would have probably used DX220 for more entertainment tasks than just music.

Internal storage remained the same as DX200, only 64GB which I would have loved to see doubled, but it’s not a show stopper either with microSD cards going up in capacity, plus DX220 being able to stream.  Battery remained the same, 4400mAh, but now you have a Fast Charging capability supporting all popular protocols, such as QC3.0, PD2.0, and MTK PE Plus.  That is a big plus and a welcome change.  In my DX220 battery testing, I was able to get a solid 8hrs of playback time in low gain from 2.5mm balanced output playing mix of mp3/FLAC files.

If you want to, DX220 can also be used as high end USB DAC, a.k.a. external “soundcard”, supporting PCM up to 32bit/384kHz and native DSD up to 512, the same as in a standalone DAP operation.  Also, some miscellaneous components were updated, using Panasonic polymer capacitors and custom inductors, as well as high accuracy femtosecond precision oscillators.

Bluetooth has been upgraded to 5.0 and supports LDAC and aptX.  BT operates in 2-way mode where you can either pair up with external Bluetooth devices or use DX220 paired up with your smartphone as Bluetooth wireless DAC/amp.  And speaking of Bluetooth, the antenna now is outside the chassis in isolation cavity to cut down on interference with internal circuit.  Dual band (2.4GHz/5GHz) WiFi is supported as well.

As already mentioned, this is still a modular design, and amp modules are forward and backward compatible.   This means you can share the same amp modules between DX150, DX200/Ti, and DX220, and have access to all the previously released and upcoming modules, like a promised AMP9 with Korg NuTube.  DX220 comes with a new stock AMP1ii (2nd gen AMP1) amp with an impressive spec of 2.5mm: 6.2Vrms, SNR 125dB, 3.5mm: 3.1Vrms, SNR 123dB, and LO: 3Vrms.

Last, but not least, though I’m not an expert on MQA subject and don’t have any MQA encoded songs in my collection, according to iBasso, DX220 will support hardware decoding of MQA.  Furthermore, I have seen a few people to comment about it on Head-fi with a positive feedback. 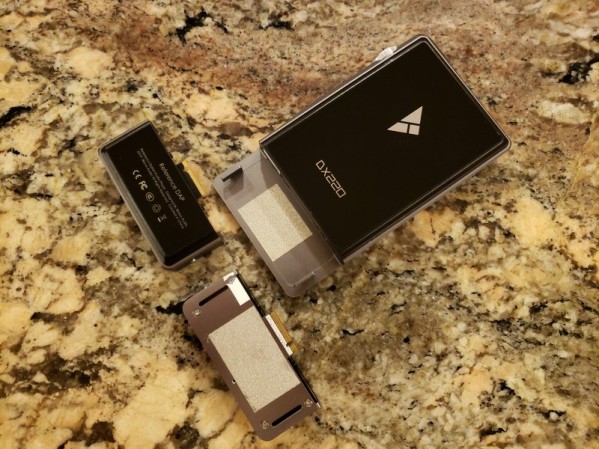 Page 4 – Sound Analysis and Pair up.