CONS: original BT v1 cable, enhanced bass tuning is not for everyone.

As I mentioned already in my W-series v2 review, after introduction of the updated W10, W20, W40, W60, and W80, it was clear that W30 and W50 were missing from that line up.  And yes, I always considered W50 as the “basshead” black sheep of Westone family, with W30 being not too far behind due to its popularity with mainstream consumers.  Even Westone couldn’t help but notice a demand for basshead tuned quality IEMs.  That triggered the reincarnation of W30 and W50 as B30 and B50, where “B” stands for bass enhanced version.

Interestingly enough, in addition to bass-enhanced tuning, those two models also received cosmetic (metal faceplate clips) and accessory (silver plated cable and BT cable) updates found in the new W-series v2.  Similarly to that v2 review, I wanted to keep this B-series write up in the same vein as a guide about what has changed between corresponding W- and B-series models and how it compare to their W and UM Pro counterparts.  So, let’s take a closer look.

The Old and the New.

In this section of the review I want to cover common changes which are applicable to both of the new B-series models.

The packaging of B30 and B50 is very similar to new W40 and W60, so no complaints here like I have in the past with original W-series models.  Similar to v2 of W40 and W60, the new packaging has vibrant colors with pictures of either B30 or B50 models popping out in 3D from the black background, colorful faceplates, and also the EQ bars corresponding to a number of drivers of each featured model (3 for B30 and 5 for B50).  Funny that I called basshead models of W-series as black sheep of the family, and ironically the new W-series v2 boxes are in white, while B30/B50 are in black. 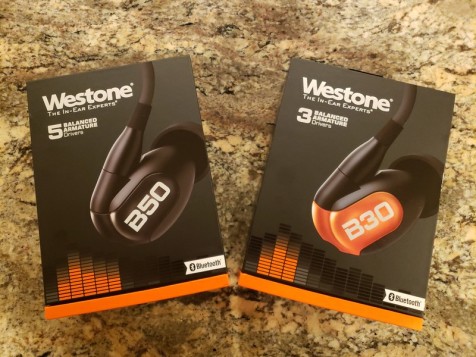 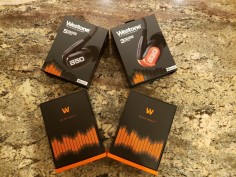 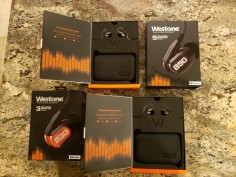 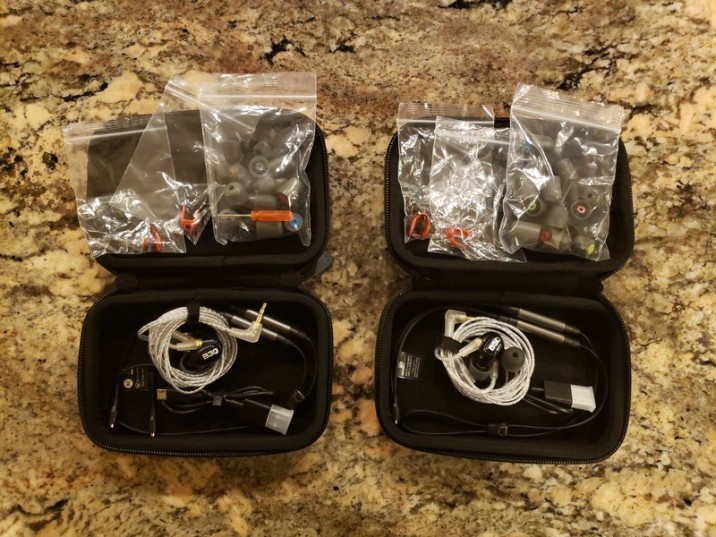 After my W-series v2 unboxing experience, I didn’t find any surprises here since it was identical to W40/W60 where you’ll find corresponding IEMs in a secure foam cutout on a display once you remove the outer sleeve and open the box cover.  Also, upfront is a replacement of their classic small orange “vault” case with a new travel case which has plenty of room for IEMs, eartips, faceplates, and cable.  Their new silver-plated audio cable was included as well, and as a bonus – Westone Bluetooth cable (first gen). 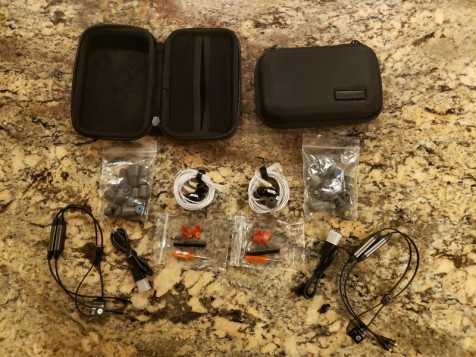 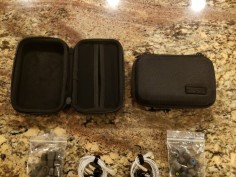 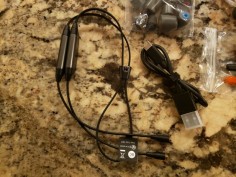 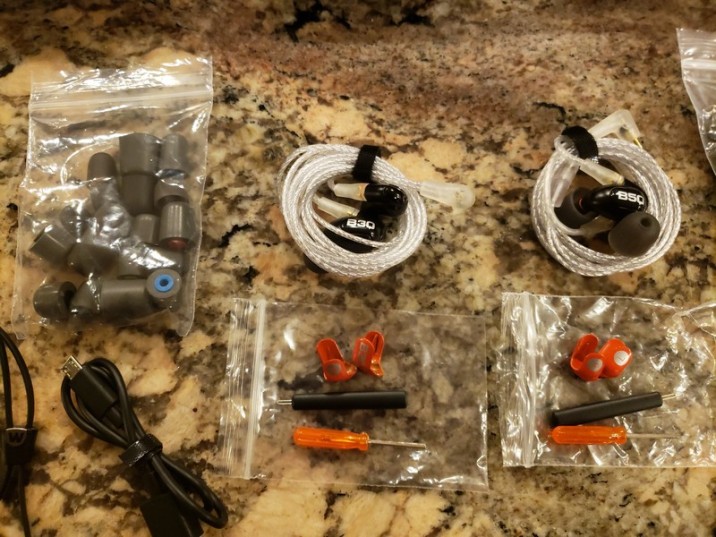 I can imagine that some people don’t bother displaying audio gear packaging boxes on their desk or shelves, but these latest W-series and B-series eye candies are good enough to show off.

Westone tips seem to remain the same, and there is no reason to change anything when you have a comprehensive selection of custom eartips included with all universal IEMs. With their roots in Professional Hearing earpiece design, Westone put years of their research experience into design of these patented Star and True-Fit tips. Included were 5 pairs of Star silicone tips and 5 pairs of True-Fit memory foam eartips with a medium recovery property, not too soft or too springy.  All eartips have color-coded inner core.  Earwax remover tool was included as well, very useful to clear narrow bores.

One thing to note, so many times I’m being asked about lack of bass or poor fit only to find out later that user had default gray eartips without bothering to explorer other included ones or trying foam vs silicone.  Wrong eartip selection will result in a poor seal, poor fit, and lack of bass. 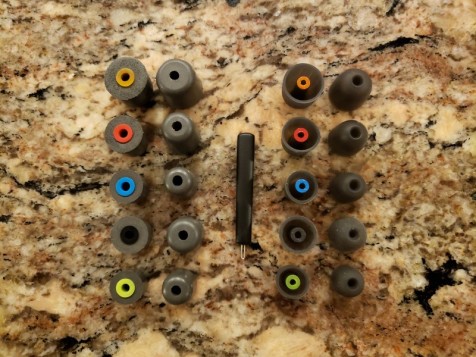 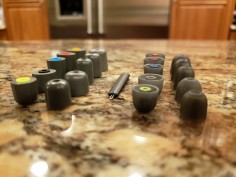 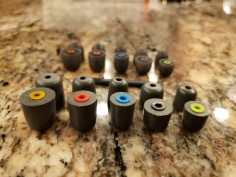 Similarly to v2 of W40 and W60, B30 and B50 come with the same new Silver-plated copper (SPC) cable instead of the traditional Epic cable.  This cable is very supple, non-microphonic, not springy, and without memory effect.  L/R wire sides are kept separately, not even twisted, all the way down to headphone plug.  There is a clear y-split and chin-slider which don’t distract from the look of the transparent jacket.  Then, a right angled semi-transparent headphone plug with a comfortable grip, and semi-transparent IEM connectors with a clear Blue/Red marking to indicate L/R sides without a need to look for dots like in Epic cable.  The earhook part of the cable is flexible and pre-shaped, no memory wires here. 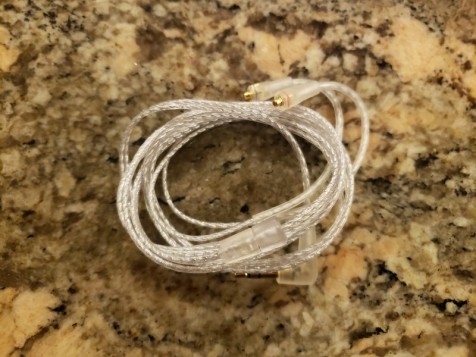 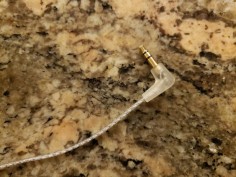 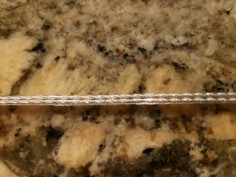 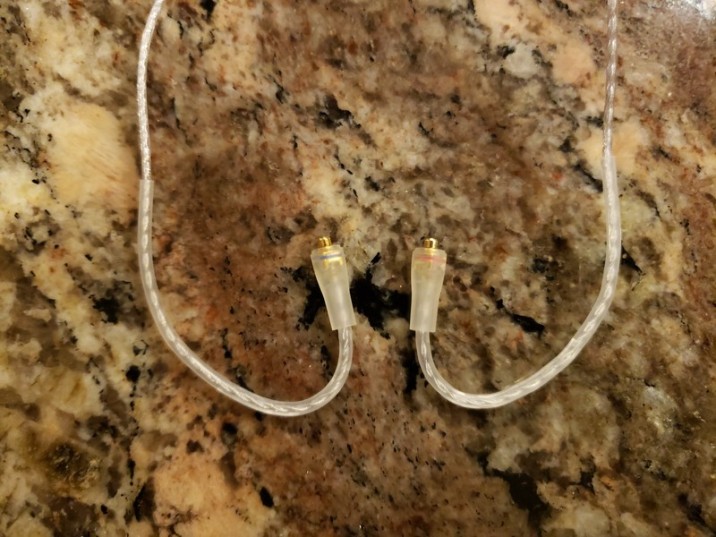 When you browse through W-series threads on Head-fi, there are not too many complaints except for plastic faceplates.  There were some issues in early production batches years ago when original W-series was introduced.  That got corrected later, but still you find people mentioning about the faceplate crack around the tightening screw (which could also be a contributing factor if turned too tight).  There was even one aftermarket manufacturer who started to make their own metal faceplates.

Glad Westone took a note of it, and similar to W-series v2 models, now B30 and B50 feature metal c-clip faceplates.  Each model will have its corresponding label, but the size/shape of B30/B50 are the same.  Each B30 and B50 comes with 2 different faceplate color pairs, similar to W40 and W60. 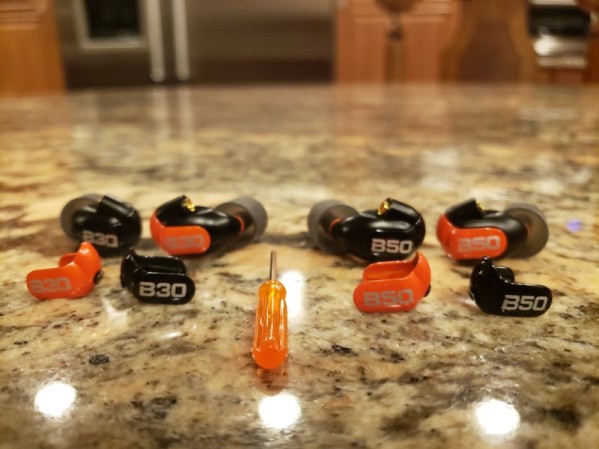 Similar to W-series v2 models, except for W80, the B30 and B50 now include the original Westone BT cable.  You should be aware that Westone already released v2 version of this cable with an upgraded CSR chipset and external battery charging case.  That cable is sold separately (Amazon) and also included with W80 flagship model.  But the original v1 cable is still capable, supporting BT 4.0, CSR8645 chipset, aptX codec, 8hr battery life, IPX4 rating, and 1yr warranty. 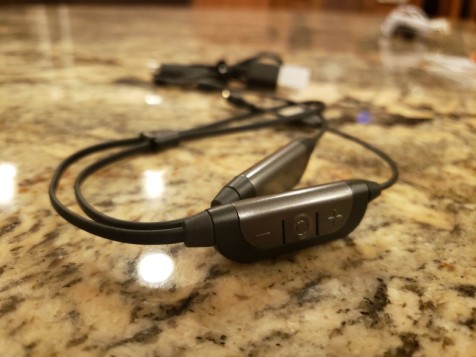 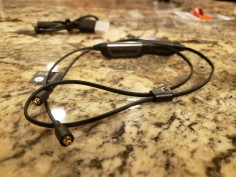 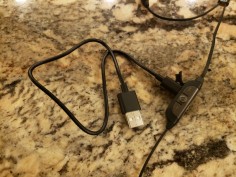 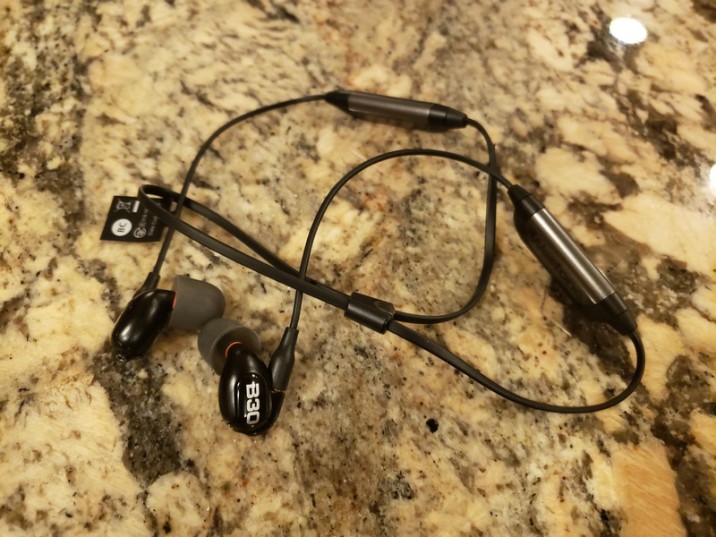