While some manufacturers are still exploring the latest “portable” ESTAT drivers from Sonion or starting slower with implementation of one or two in their hybrid designs, Empire leapfrogged to implement 4x Electrostatic drivers in addition to 7 other proprietary BA drivers.  Wraith hybrid design uses 11 drivers partitioned into 7x BAs with 2 lows, 3 mids, 2 highs and 4x ESTATs covering 4 super-high drivers.

To control and to balance the frequency response of all 11 drivers, Empire designed 5-way proprietary synX Crossover Network as well as independent control of 4x ESTAT drivers which they refer to as EIVEC (Empire Intelligent Variable Electrostatic Control).  I know, it sounds like a lot of big words and abbreviations, but aside from these marketing labels, the crossover actually does its job and does it very well.  The hybrid tuning of Wraith sounds pretty coherent to my ears, and IEM responded very well to EQ adjustment while maintaining the rest of tonal balance.

Another piece of tech utilized in Legend X and all of their IEMs is A.R.C. resonance control technology.  Its initials stand for Anti-Resonance Compound which is a proprietary coating that eliminates unwanted vibrations and resonance within IEM.  Basically, this compound serves as a dampener to absorb the unwanted resonance. 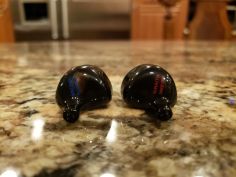 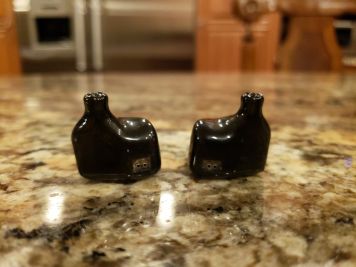 Last, but not the least, is the actual shell design.  When you visit Empire website, Wraith is listed as Universal only IEM.  I don’t know if they will expand it to CIEM, but even as UIEM only it looks beautiful.  Wraith comes standard with Amethyst Infused Carbon Fiber faceplate with Empire wings silver logo, 2pin surface mount socket, shorter nozzle with a lip to secure eartips, and 4-bore opening at the tip.  The shell itself is not the smallest, but the ergonomics of the design is quite good.  It fits my concha area comfortably, and I was able to keep Wraith in my smaller size ears for hours without any fatigue.  Since this is BA/ESTAT hybrid design, there are not vents, and with a right selection of eartips and a good seal, Wraith has excellent isolation. 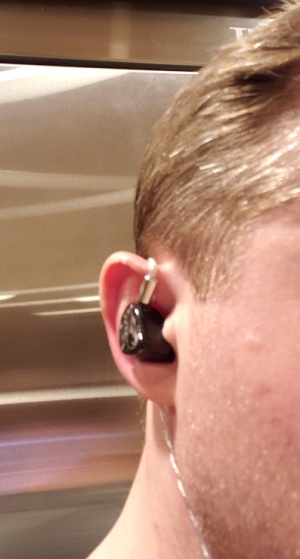 I analyzed Wraith sound performance paired up with LPGT while playing a variety of test tracks, such as Agnes Obel “The curse”, Sandro Cavazza “So much better” (Avicii remix), C-Bool “Never go away”, Ed Sheeran “Shape of you”, Alan Walker “Darkside”, Galantis “Hunter”, Iggy Azalea “Black widow”, Indila “Boite en argent”, Counting Crows “Big yellow taxi”, David Elias “Vision of her”, and Michael Jackson “Dirty Diana”.  Even so the burn in of BA/ESTAT drivers is not necessary, by force of habit I let these play for a few days before starting my critical sound analysis, and as expected I didn’t notice any changes in sound before and after this burn in period.

I found Wraith tuning to have a smooth natural tonality with a little bit of warmth due to a fuller body mids and subdued definition of upper frequencies.  The signature is leaning more toward neutral with a little mid-forward tilt per my testing with many different sources.  The clarity of the sound is affected by its natural organic tonality, being detailed but not as resolving or micro-detailed, with less crunch and less airiness and more focus on smooth musical retrieval of details.

The layering and separation of the sound is average due to its more natural tonality and less air between the layers.  The sound has a fuller body, but not congested.  Despite hybrid design with 7 BAs and 4 ESTATs, I find the tuning to be quite coherent to my ears.

Soundstage is wide and has an overall oval shape where the depth is more intimate, bringing you closer to the stage.  Also, while Wraith has a relatively accurate positioning of vocals and instruments where it’s easy to distinguish everything, to my ears some of the instruments and vocals were grouped closer to the center.

Bass has a deep extension down to sub-bass rumble, but the impact is only slightly above neutral level.  The bass is linear across sub-bass and mid-bass, and has a nice analog flavor, not too fast or too slow, a little more on a relaxed side, a performance I would expect from DD rather than BA drivers.  Mids/vocals have a fuller body and organic natural tonality with a more forward presentation due to less pronounced bass and more polite treble.  Treble has a natural definition, with a subdued sparkle and airiness, making it smooth and musical.

If you are bothered by sibilance and harsh upper frequencies and prefer a more natural, organic, smooth soulful sound, you will enjoy the tuning of Wraith.  But if you want sharper definition with more micro-details and prefer a treble with more crunch and airiness, Wraith might not be your best choice.  But thanks to its advanced crossover network, Wraith responds VERY WELL to EQ adjustment.  Usually, I’m not a big fan of using EQ, but I was very tempted with Wraith, and came up with the following PEQ (in LPGT) adjustment with Q=1, +3dB @ 60Hz (BPF), +4dB @ 7kHz (BPF), +2dB @ 12kHz (BPF) which lifted the veil of smoothness off the upper frequencies to give it higher res and crisper definition.

Just please keep in mind, the sound analysis was done using LPGT and cross-checked with other portable sources (DAPs) to make sure everything sounds consistent.  But when I got to Hifiman R2R2000, I found it to lift the upper mids and treble, which suggested that Wraith ESTAT drivers are probably more hungry for power.

Page 3 – Comparison, Pair up, and Conclusion.