CustomArt Fibae 7 ($1100) – Right off the bat, Fusion sounds more modern, energetic and exciting whereas Fibae7 is warmer of the two. Fibae7 has warmer bass and slightly stronger feeling of bass impact whereas Fusion has more sub-bass and dynamics. Fibae7 has a Harman kind of dip in the mids whereas Fusion has a more linear approach. Fibae7 has substantially more upper mids presence with a forward presentation than Fusion. Fusion on the other hand feels more natural and lively there. Fusion’s treble is more extended, present and lively whereas Fibae7 has a natural roll off post 5-6kHz. Both have nice wide soundstages. Choosing one between them completely depends on your preference and liking.

Fearless Roland ($1000) – They are polar opposites in a way. Roland is a darker IEM whereas Fusion is energetic and lively. Fusion has more sub-bass as well as overall bass presence. Roland is quite reference like from bass to starting of upper mids. Post that, both have good upper mids presence but Fusion because of its livelier signature, has more resolution in the mids as well as overall. Fusion’s treble is way better extended and open whereas Roland has a sudden treble roll off post 5kHz. Fusion has a livelier open soundstage whereas Roland has a decently wide soundstage but because of it being dark, the feeling of openness is subdued.

Shozy Pola39 ($950) – This is a tough one! Both Pola39 and Fusion have their own characteristic treble character which is their strength and also what makes them uniquely cool. Fusion has a magnetostatic driver for treble whereas Pola39 has a dual EST driver. Both have a very good bass character and presence from their respective dynamic drivers but Pola39’s is a bit more present while Fusion’s is more controlled. Both have good natural mids but Pola39’s mids sound slightly warmer and balanced whereas Fusion’s mids are slightly pushed back but equally dynamic and punchy. Pola39 sounds slightly warmer till the treble as compared to Fusion and then both of them gain their characteristic treble character where Pola39’s is more open & airy and Fusion’s is slightly fuller and ever so slightly upfront in comparison. Both have a nice wide soundstage. Choice between the two is tough as they both have a similar take on a ballpark idea of sound but still quite different and cool in their own way.

BGVP EST8 ($799) – EST8 and Fusion are again quite different. Fusion sounds very modern, energetic and lively whereas EST8 sounds warmer. Both do bass very well but Fusion has a dynamic driver with higher resolution, nicer character and energy. Fusion has better mids with more resolution, better details and more liveliness. Fusion’s treble has more sizzle, sparkle and energy whereas EST8 is smoother, more natural and warmer.

I initially started writing solo comparisons but all of them were turning out to be the same because of R3’s reference tuning. So, I thought I’ll make it a bit fun, easier and shorter.

Here are different parameters arranged in decreasing order of quantity. It’s just the quantity without quality of parameter in the picture.

NOTE – Make no mistake, the levels are comparative and relative. Overall R3 is a very balanced set and as a result you don’t feel anything is lacking because most frequency bands are relatively well present equally. Yes, some IEMs have more bass quantity or upper mids presence because of boosting and individual preferences will vary, but R3 feels very natural when you listen to it. In a blind test, R3 will just come-off as a balanced set without you knowing of its reference tuning. 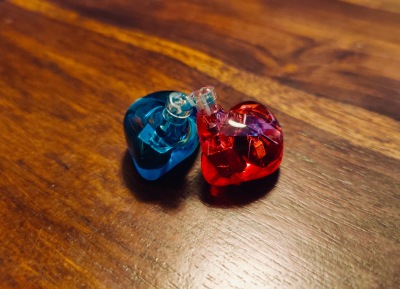 Here is a comparison with another reference set I have in my possession. I’m taking the value out of the picture and only concentrating on relative sound differences.

Empire Ears ESR – ESR and EVR are 2 reference tuned sets from Empire Ears. Since we have ESR here, let’s see how R3 and ESR play alongside each other. Comparing them back to back, I immediately heard more bass and fuller mids in ESR whereas R3 stays more neutral. R3 has slightly more upper mids presence compared to ESR. ESR has an abnormally high peak in the treble at around 8kHz which brings out a bit of sibilance in tracks sometimes. R3 stays very neutral here. R3 has more extended treble. Both have good soundstages but R3’s feels a bit cleaner whereas ESR’s sounds richer. 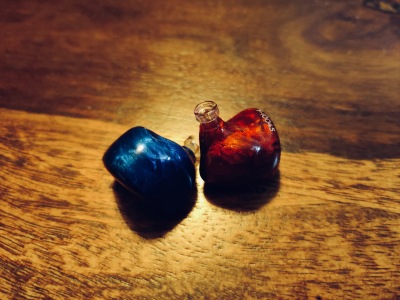 ItsFit is not a new company as such. They’ve been re-shelling for the last 3 years while doing R&D on the side to develop their own products. What is amazing is that instead of choosing a safe tuning (cough…. Harman… Lol!) for their first products, they in fact got experimental with new driver tech in one and reference style tuning in the other. Both are not easy to execute! R3 does pretty good for a reference style IEM, especially for the price where most other reference style IEMs are much more expensive. Fusion on the other hand is a very lively and exciting IEM which makes your music feel extra special. Also, both can be ordered as universals or customs and you can take my word that their designs, shell quality as well as finishing is one of the best in the industry. Fusion definitely gets 2 thumbs up for a must try recommendation from my side. 😀

Gear used for testing and review.

A professional musician, songwriter, record producer and audio engineer who likes to indulge in everything music, be it guitars, amps, studio or audiophile gear, bring it on! Being an engineer and fascinated by audio technology, he is on an exciting adventure of finding the most interesting products with the best sound, tech or value for money. View all posts by Animagus