In my opinion, cable doesn’t have a “sound” which you can describe by itself like IEMs in terms of lows, mids, treble.  Cable is a medium that could shape up and fine-tune the sound signature or expand the soundstage perception, something you can describe relative to IEM under the test or relative to another cable you compare it to.  What you hear is a synergy between 3 elements in the sound chain: the source, the cable, and IEMs.  Thus, it’s easier to describe the sound when you replace one of these elements and note the change associated with it.

Based on a number of different pair ups and comparisons to other cables, I found No10 to be able to finetune the sound with a smoother and fuller body more natural tonality, a little warmer coloring, yet still keeping the sound resolving and expanded.  The change in the tonality is more noticeable when you start switching between different cables, and it’s definitely not what you would expect from other cheap SPC wires, assuming No10 is SPC.

I think the comparison and pair up sections of the review will paint a better picture of sound analysis, but overall No10 performance was very consistent and closer to pure copper characteristics rather than traditional brighter SPC wires.  Also, it paired up better with a brighter and more neutral tuned IEMs, giving them more weight in the lower end, a little more body and more organic tonality in mids, and keeping treble under control without over emphasizing the peaks. 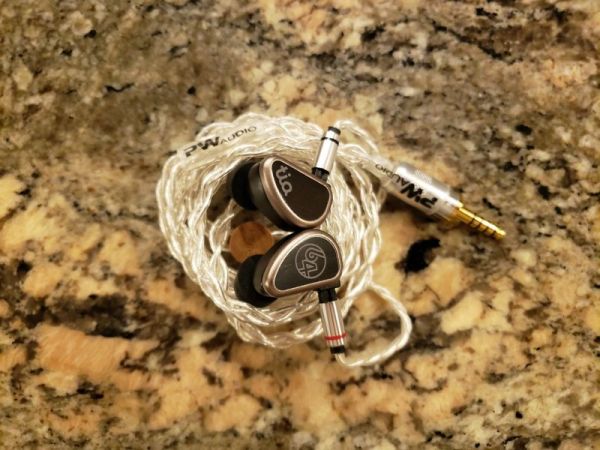 Consistent with my cable testing philosophy, I used the same IEM (64 Audio Trio) and the same source (LPGT), and only changed one variable at a time to note the sound difference I hear while keeping volume matched.  Keep in mind, I’m describing how these cables sound relative to 64 Audio Trio IEM.

No10 vs PWA No5 (cu) – this is probably going to be the most anticipated comparison.  I spent a lot of time going back’n’forth between these two cables, and with either one the perception of soundstage is nearly the same, as well as imaging where vocals placed slightly out of your head when listening with Trio.  With No5 sub-bass had more weight and was slightly elevated, while No10 also has sub-bass slightly elevated, but not on the same level as No5.  I hear treble to be nearly the same, but mids is where I hear the biggest difference.  With No5 mids/vocals are brighter and a little thinner, while with No10 they are smoother, more organic, and have a fuller body.

No10 vs 64audio premium cable (spc) – similar soundstage expansion and overall imaging.  With 64audio stock spc cable, bass is more neutral, less aggressive, softer, while No10 has deeper extension and more impact.  Mids change is also quite noticeable, where 64audio SPC mids/vocals are brighter, drier, and a little more forward, while No10 mids/vocals are smoother, more organic, and have a fuller body; also, their presentation is not as forward with No10.  Treble is similar.  No10 here does feel more like a crossover between SPC and Cu.

No10 vs EA Maestro (cu) – in this comparison I hear soundstage to have the same depth, but the width is slightly wider with Maestro.  Both give Trio a deeper sub-bass extension and more punch in mid-bass, but Maestro quantity is more elevated, with a little harder hitting bass, similar to EA Ares II.  With mids/vocals, Maestro is brighter and a little thinner, while No10 is smoother, more organic, and with a fuller body.

No10 vs Penon Orbit (spc) – this was a surprisingly close call where the difference was quite subtle.  When it comes to soundstage, I hear Orbit to have a little more width, while No10 has more depth. Bass impact and extension was nearly the same between these cables paired up with Trio.  Mids were also nearly the same, being smoother, more organic, and with fuller body.  Treble has a little more sparkle with No10, while Orbit was a little smoother.

No10 vs EA Virtuoso (spc) – here is another interesting comparison, even closer than Orbit.  The soundstage expansion using either of these cables with Trio is nearly the same, with a little more depth than width.  Bass is a little bit softer and a touch more relaxed with Virtuoso.  In mids, No10 is a little bit smoother, but Virtuoso is not too far behind, though No10 does have more body in mids/vocals.  Treble is nearly the same. 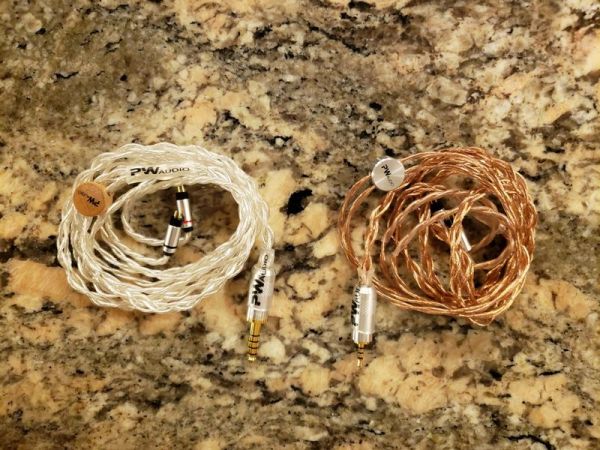 Here is how I hear various IEMs pair up with No10.  The selection of IEMs in this comparison was partially based on them having stock SPC cables and neutral/brighter tonality. 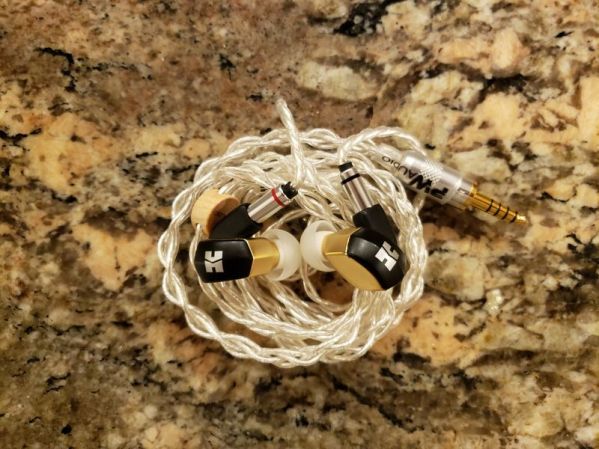 HiFiMAN RE2000 (stock spc vs No10) – a very noticeable difference in this comparison, especially in mids and lower treble.  Even the soundstage is a little bit wider with No10.  The mid-bass impact is similar, but I hear a little more sub-bass rumble with No10.  The changes in mids are significant.  With default cable the mids/vocals are below neutral, thinner, brighter, harsher, not as natural.  With No10, mids/vocals are more neutral, still on a brighter side, but they sound more natural and smoother now.  Lower treble change is also significant, with more attenuated sibilance peaks, where No10 makes Re2k sound less fatigue.  Treble still has a lot of energy, crisp, bright, but not as fatigue as with a stock cable. 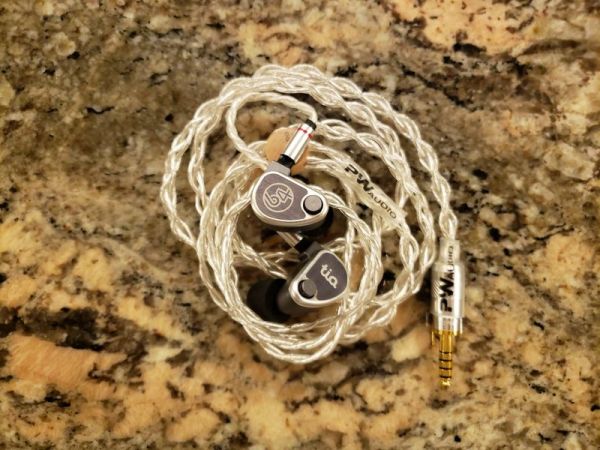 64 Audio U12t (stock spc vs No10) – in this comparison the soundstage width/depth are nearly the same.  With bass I hear a noticeably more sub-bass rumble with No10, while stock spc keeps bass pretty neutral.  Mids/vocals with No10 are smoother, more natural, still resolving, but just more organic.  This change is not huge, but it’s enough to appreciate the improvements with a more natural tonality of U12t.  Treble also a touch smoother with No10.  I actually enjoyed the changes in U12t tonality introduced with No10, deeper bass, fuller body more natural mids, and better controlled treble. 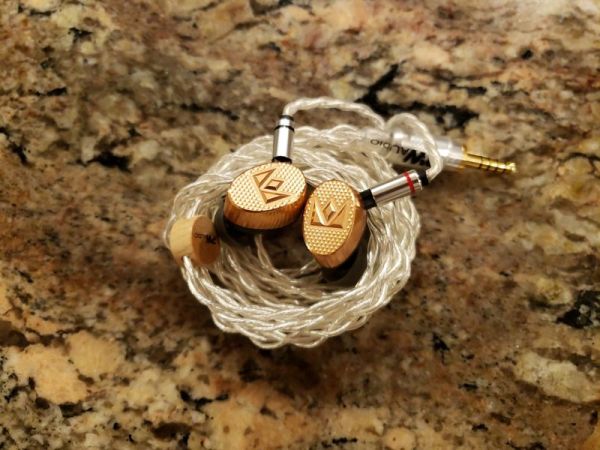 Noble K10UA (stock spc vs No10) – the soundstage in this comparison is nearly the same, not much changes when switching the cables.  With bass, I do hear a little more sub-bass rumble when switching to No10, but it’s not a huge difference, just feels like K10UA gained a little more weight in low end.  Mids/vocals with No10 are very close to the stock spc cable, both sound natural and detailed.  With treble, I’m hearing the opposite change of what I would have expected.  With stock spc treble is a little smoother, while No10 gives it more energy with a little splashier tonality.  Treble is not harsh, but just brighter and a little more in your face with No10.

I do enjoy testing budget cables from high end manufacturers.  And it’s not only because these are easier to recommend, and you don’t have to worry as much about “snake oil” comments after the review.  It’s also because high end cable manufacturers have a different approach to budget cables.  To keep the cost down, No10 doesn’t use exotic materials, but PWA still holds these cables to a higher standard in terms of build quality, durability, and unique sound characteristics.  But I’m still puzzled why PWA decided not to reveal the material of these wires.

Maybe they were trying to send a message that we should be focusing on the sound rather than a material and evaluate based on what we are hearing rather than our biased expectations.  Based on the looks and the price, No10 is probably SPC cable, but it doesn’t sound like a typical brighter thinner silver plated wire.  With various IEMs, I hear it finetuning the sound, giving it a smoother, natural, fuller body tonality, and a little warmer coloring which is a good pair up with neutral and brighter tuned IEMs, or just as a replacement for cheap stock cables. 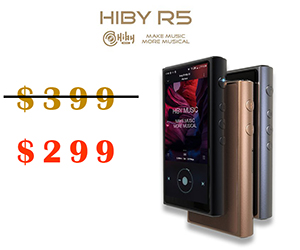 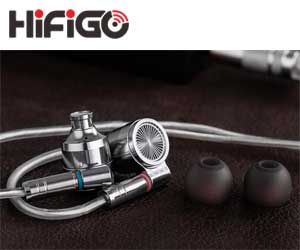 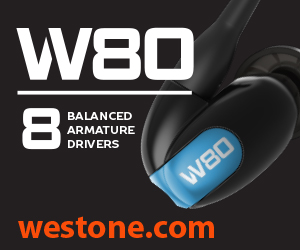 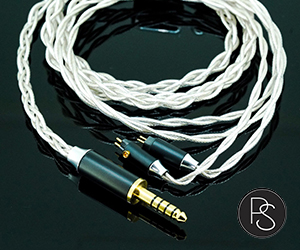