In this test, I was using Meze Audio Empyrean, EE Odin, and Campfire Solaris ’20.  Each of these DAPs, besides a difference in tonality and pair up synergy, has their own Pros/Cons when it comes to features, all of which should be taken into consideration depending on your priorities if you need streaming or not, which balanced termination you prefer, how much output power do you need, your battery requirements, etc.

MAX vs Hiby R8 – In order to match the performance for comparison, I switched R8 to turbo mode boosting its amplifier voltage.  In this comparison the first thing that stands out is how holographic MAX soundstage is.  R8 has a wide/deep soundstage as well, but MAX is still the widest.  Bass response is very similar, again, once the turbo mode of R8 is enabled.  Mids tonality is very similar as well, though MAX has just a touch fuller body while R8 is a little more transparent and slightly more revealing.  Treble is similar.  Another difference here, besides soundstage, is in vertical sound dynamics where MAX is a little more expanded in comparison to R8.  Also, with sensitive IEMs, like Solaris, R8 has a higher level of hissing, while MAX is quieter, though switching to lower gain improves it.  Another thing, R8 has a dedicated playback control buttons, faster processor, and overall faster OS.  So, while these two are very close in sound tonality, MAX has advantage in technical sound performance, while R8 has the advantage in OS performance. 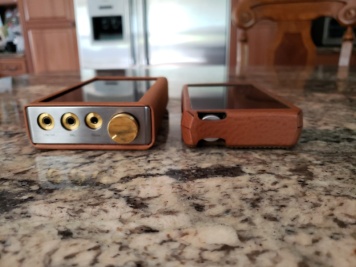 MAX vs A&K SP2000 SS – Soundstage is always the first thing I take a notice of, and here SP2k comes closer in width, but MAX is still a touch wider and has more out of your head expansion, creating a more 3D holographic space.  Tonality is close as well, though I still hear it a bit smoother MAX mids in comparison to a little brighter SP2k mids/vocals.  Treble response similar as well.  And, they both have very good vertical sound dynamics.  Even the level of background hissing is down to minimum with sensitive IEMs.  But the difference shows up when you start comparing these using more demanding headphones.  For example, with Empyrean MAX had an advantage of a better pair up with better sound control and more natural tonality.  Overall, both have a similar interface speed, though you have to keep in mind that MAX is open Android while SP2k will require sideloading of apps.

MAX vs Lotoo PAW Gold Touch LPGT – Again, soundstage of MAX is more holographic and it is more noticeable in this comparison, though I have no complaints about LPGT soundstage, MAX pushes it a little wider and deeper.  Tonality is not too far off either, though in some pair ups MAX mids/vocals were a little bit smoother in comparison to more reference quality LPGT mids.  Both handle IEMs in a very similar way, but with more demanding headphones MAX sound was a little more open and expanded in comparison to LPGT.  It will vary from pair up to pair up, but I think Class A higher voltage output of MAX has a little better synergy with harder to drive headphones.  In general, LPGT is not android, thus don’t expect running streaming apps like in MAX, but that also makes LPGT a faster and more responsive DAP.  Both have a relatively quiet background with minimum hissing with sensitive IEMs.

MAX vs Sony WM1Z – This comparison will have more differences.  Starting with a soundstage, MAX is more holographic due to a wider L/R spread.  Both have a similar depth/height, but MAX spreads a little wider.  Tonality of WM1Z is warmer, smoother in a relative comparison to a more revealing and transparent MAX.  But that is just a relative comparison.  Also, WM1Z bass is more elevated, and slams harder.  Treble sounded the same to my ears, maybe with WM1Z having a bit more sparkle.  Also, have to keep in mind WM1Z is audio playback only device, no support of apps or streaming.

MAX vs iBasso DX220 w/amp8 – As expected, MAX holographic soundstage expands wider/deeper/taller in comparison to DX220.  The tonality of DX220 w/amp8 and MAX has a lot of similarities, though I would say that MAX treble response is a little bit smoother and more natural in comparison to DX220, especially with more demanding headphones and IEMs w/EST drivers.  Also, I hear MAX to have a better layering and separation and a more dynamic sound in comparison to DX220 with stock amp8.  You can also hear a blacker and quieter background in MAX when compared to DX220 w/amp8.  Other than that, these have nearly identical interface, though DX220 has hw buttons to control playback and modular design to interchange amp modules.

In this section of the review I will go over various wired and wireless connections I tested and verified with DX220 MAX.

With this latest DAP release, iBasso continues to demonstrate that sound performance is still their #1 priority.  And while some could argue it is a gamble to have yet another flagship with the same DAC/CPU/GPU as previous models, we continue to see a steady sound performance improvement from DX200 to 220 and now MAX.  Here, iBasso took their design to the next level, even removing modular amp feature to accommodate new power architecture with a more advanced partitioning of analog and digital sections of the circuit, separate batteries with independent charging, and pure high voltage output to scale up audio performance to a desktop level.

Despite a common model reference name, DX220 and DX220 MAX are quite different and will appeal to different groups of audiophiles, depending on how they are planning to use this DAP and what they are willing to compromise.  If you want to go portable and modular, you can get the original DX220 and its collection of AMP modules.  But if you don’t mind transportable form factor to step up in audio performance, especially with more demanding headphones, MAX is one serious consideration on the level of other popular flagship DAPs that cost a lot more.  And as usual, my imagination already running wild, thinking about what DX3xy could bring to the table. 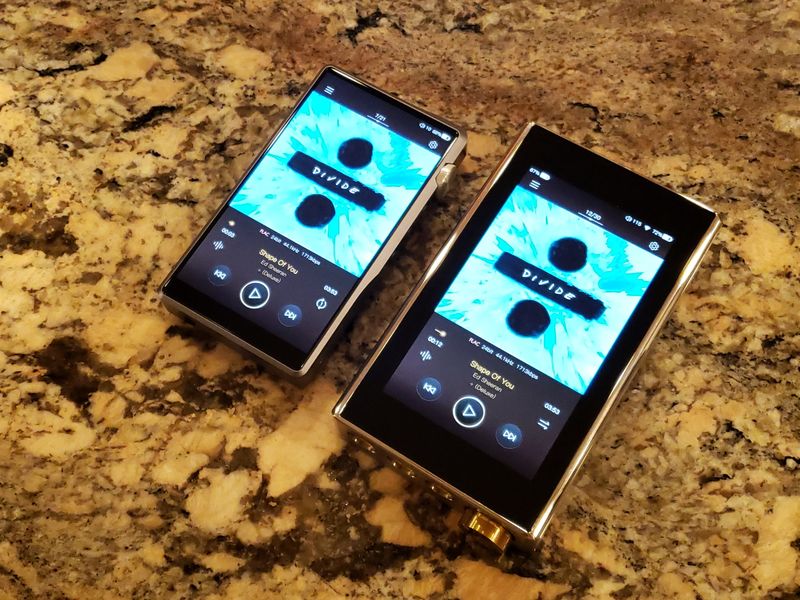