Starting with exterior dimensions, DX320 remained the same as DX300 with its supersized 162mm x 77mm x 17mm footprint and a weight of about 310g.  I usually refer to MAX-series as transportable due to its 700g weight and wider/thicker design.  DX320 is taller, but overall size is still slim enough to slide in a pocket of jeans or to hold it firmly in a hand.  Thus, I label DX320 as a portable DAP, maybe not exactly pocket friendly for everybody, but it does feel more portable than MAX.  As a matter of fact, due to its size and a gorgeous 6.5” IPS display (2340×1080 resolution, 19.5:9 aspect ratio, 397ppi) with In-Cell capacitive touch panel, I think iBasso stepped into a new category of Digital Audio Phablets.

The front of the DAP is flat and occupied solely by a display, featuring a very narrow border where the screen is almost edge to edge.  At the top of the display, you have a long indicator bar light (could be turned off in settings) to display color depending on song format and other functionality.  The back is aluminum and wraps around left/right sides toward the edges.  And while the general shape of DX320 is a rectangular bar with rounded edges, the right side is asymmetric with a sloped edge which enhances the ergonomics of the design for a more comfortable grip to access transport control buttons.  All three buttons are the same size, narrow, rectangular, with a nice tactile response and a solid feel.  They are not labeled, since the one in the middle will always be Play/Pause, while top/bottom could be flipped and reassigned under Audio Control Button customization setting for either forward/back or the other way around. 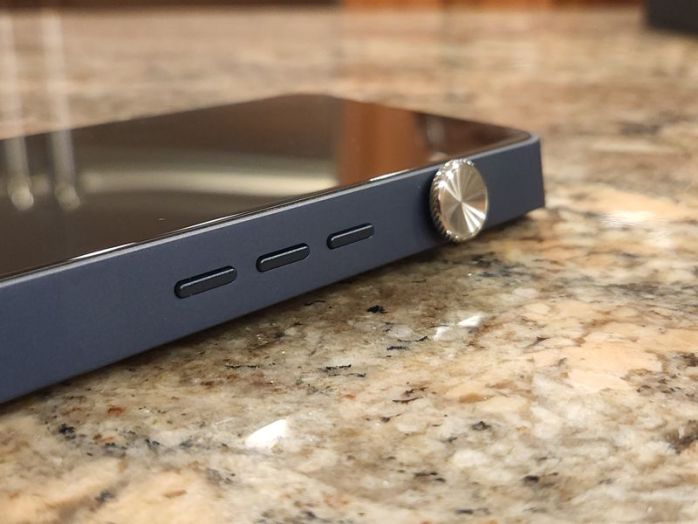 Right above the buttons you have a multi-function volume wheel which you can short-press for screen on/off or long-press to power the DAP.  Going from DX300 to DX320, the color of this wheel was changed from golden to silver.  The wheel is not flush with the side of the DAP and has a non-slippery edge pattern, making it easy to turn with a thumb while feeling a click action as you turn it to give a more precise control of volume adjustment.  I personally find the design and the placement of the wheel to be very convenient since it works great with a case, it is within thumb reach of playback buttons, and due to a large size of the dap you don’t have to move your hand to reach a separate power button to turn the display on after the timeout.  Also, keep in mind, iBasso implemented a sensor under the display to enable double-tapping of the screen to turn it on.  The left side of the DAP has a spring-loaded slot for microSD card so you can expand the storage with any large capacity flash card.

At the top you have a traditional iBasso setup with 3.5mm Coax output, not optical but electrical only.  And usb-c port for charging, data transfer, and digital audio out if you want to connect the external dac/amp.  At the bottom is where you find the modular amplifier card, similar to DX2x0 series but with a noticeably large board size, providing more room for future expansions.  For almost 4 years the module remained the same between DX200, DX150, and DX220.  DX3x0 is a new platform, new bigger design, and it makes sense that module was updated as well.  The new default card is an updated AMP11 mk2s which has 3.5mm SE and 2.5mm and 4.4mm BAL ports, switchable between phone out and line out.  With 3.5mm and 4.4mm having a golden metal plate ring around the port, 2.5mm becomes almost hidden, with some people might even missing it, but if you look closer you will see it between other 2 ports. 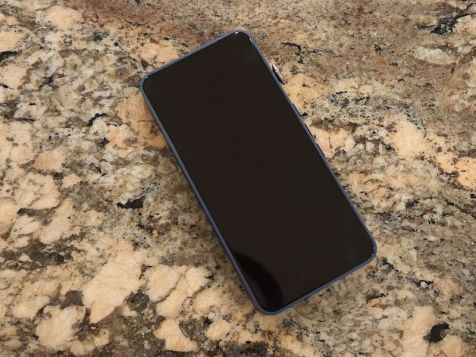 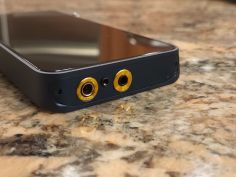 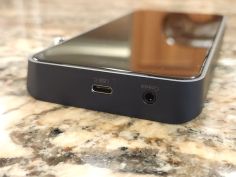 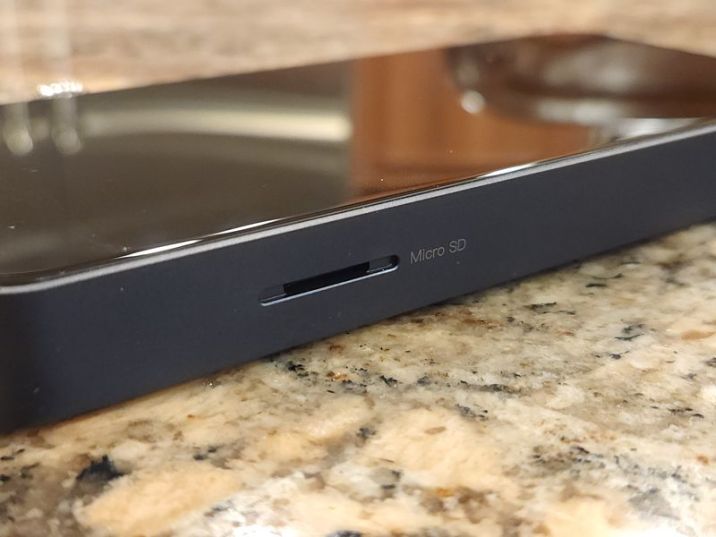 In the heart of the DX320 design iBasso uses dual flagship BD34301EKV DACs from ROHM MUS-IC series.  As it was already mentioned, due to supply chain sourcing issues with previous Cirrus Logic flagship CS43198 DACs used in DX300, the design had to be updated to accommodate new DACs.  On top of that, iBasso implemented Qualcomm Snapdragon 660 SoC 8-core processor, the same as in DX300.  Along with 6GB LPDDR4x RAM, 128GB ROM, and optimized Android 11, DX320 benchmark results are very high, matching AnTuTu 3D Benchmark scores of other top-performing 660-based DAPs.  Keep in mind, DX320 still carries the legacy of dual OS boot, and in addition to Android 11 it also supports 5th Gen Linux-based Mango OS.  When it comes to playback, it supports most of the lossy and lossless formats up to 32bit/768kHz and DSD512 (higher than DX300 due to a more advanced DAC), including APE, FLAC, WAV, WMA, AAC, ALAC, AIFF, OGG, MP3, DFF, DSF, DXD, and MQA 16x. 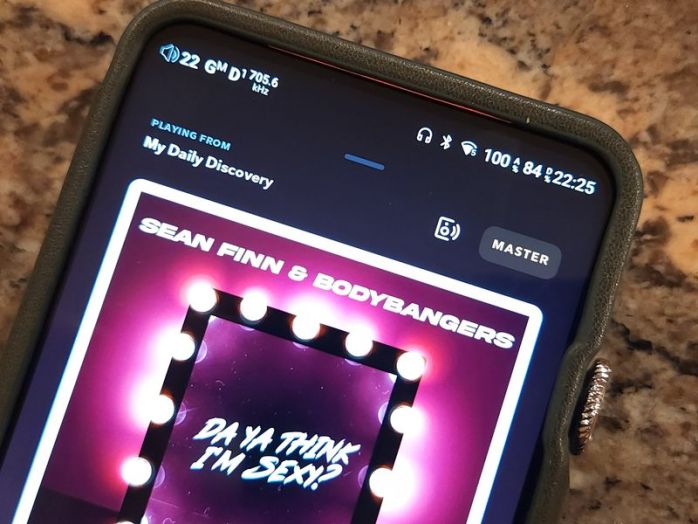 Another highlight of the design is in-house developed FPGA-Master.  Of course, iBasso is not manufacturing their own FPGAs, but they did implement FPGA and developed FPGA-Master code to make it function as audio system controller to offload SoC processing by directly requesting audio data, as well as syncing and generating all audio clocks to reduce the jitter.  DX320 is a multimedia powerhouse and managing resources between System and Audio Processing is important task in order to maximize sound performance.  Furthermore, DX320 USB-C port supports USB 3.1 standard, and Wireless is covered by Bluetooth 5.0 with all the popular codecs and WiFi 802.11b/g/n/ac.  Wifi also stepped it up with a dual band 2.4GHz and 5GHz and two antennas (2x2MIMO) to establish up to two streams of data with the receiving device.  According to iBasso, with two spatial streams established, the data payload is divided across both antennas and transmitted over the same frequency band.  And results speak for themselves, WiFi signal is strong and download/upload speed is on par and even better than on my Smartphone.

Adapted from MAX design and similar to DX300, DX320 features iBasso own patented dual battery power supply architecture.  You will find 3.8V 4000mAh Li-Po for Digital application and 3.8V 2000mAh Li-Po for Analog application, mostly for AMP card.  But unlike MAX where you need to use 2 separate chargers, here you only need one USB-C and can use either QC3.0 or PD2.0 quick chargers, or any other charger, though it will charger slower with other ones.  In my testing using 4.4mm BAL output w/IEMs, middle Gain, and periodically turning the display on with 5min timeout setting to get more screen time, I was getting approximately 9hrs of playback time when analog side went down to 40% and digital was down close 0%.  New DACs drain more battery, thus Digital side will deplete faster and overall playback time is shorter in comparison to DX300. 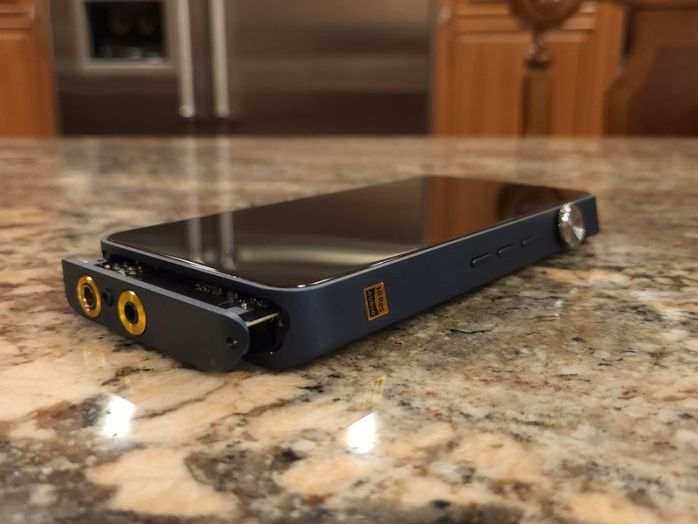 And last, but not least, under the hood is a default AMP11 mk2s card, which is based on AMP8 discrete circuit design, and also secured in place with 2x T3 screws.  The amp card has been updated from mk2 featured in DX300, with the main change of new film and electrolytic caps, including new custom iBasso Premium AI foil audio cap.  The analog battery of DX320 provides +/-8V power supply to this amplifier card which has a max output current of 2A, providing both high current and high voltage of 7.1Vrms.  The phone output of this card is very impressive, 4.4mm/2.5mm BAL out is 7.1Vrms, with a power of 1200mW @32ohm, SNR 125dB, and output impedance of 0.38ohm.  For 3.5mm SE phone out you get 3.5Vrms, 380mW @32ohm, SNR 122dB, and 0.34ohm OI.  The same output voltage is valid when you switch to Line Out, but if using BAL Line Out with external amplifiers, 7.1Vrms might be too much to handle for some, so a good idea is to switch to Low Gain under LO to reduce output voltage. 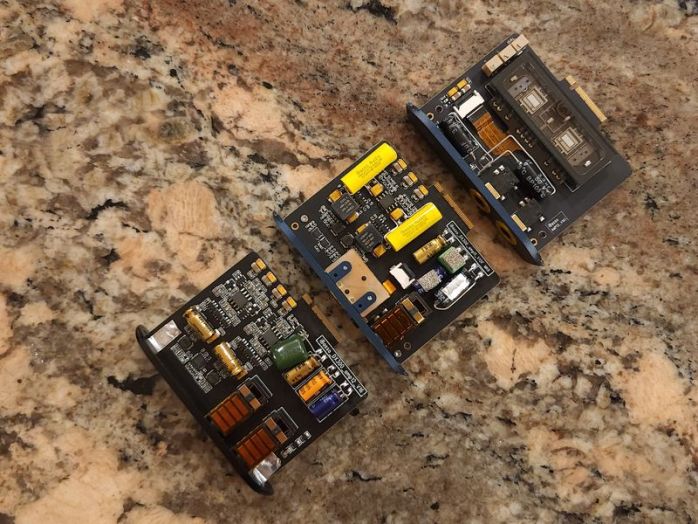 Shortly after the release of DX320, iBasso also made available a highly anticipated AMP13 module with Korg NuTube 6P1.  It was released with a bonus clear TPU case (to be able to see NuTube lights on the back) and featured a dual 3.5mm output which some questioned due to expectation of balanced 4.4mm.  First of all, it is a single ended 3.5mm because only a single NuTube module was implemented.  They are quite big in size and only one can fit on a modular amp board.  The reason for a dual output is a clever design with one being low-noise output, utilizing NuTube as a voltage amplifier and resulting in a stronger tube sound, with output of 2.5Vrms.  The other output is called “maximized”, delivering a higher voltage and current output, raising output voltage to 4.1Vrms and providing a more hybrid sound performance. 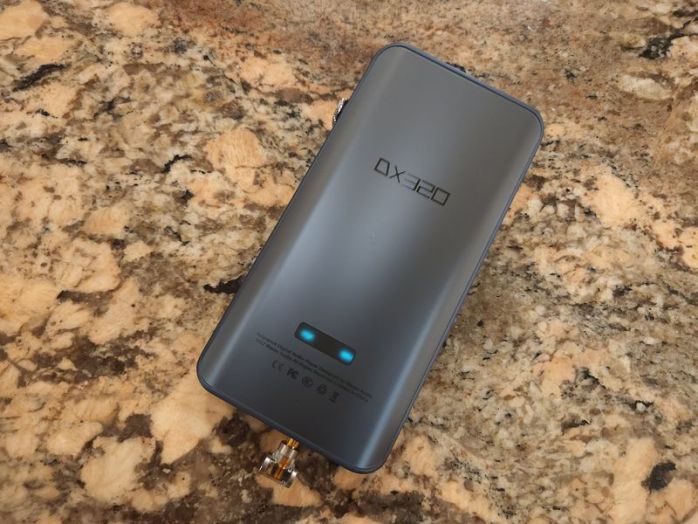