If you look at the design architecture of i5, it’s clear that Cayin didn’t intend it to be too far off the non-Android N5 version.  The way I see it, the intent of i5 design was to give N5 streaming capability by converting it to Android-based DAP.  In this conversion process, i5 lost second micro-SD card and balanced output, but gained touch screen interface, WiFi and BT, and of course that gorgeous volume wheel.  I also believe there was a different opamp introduced in the design, which slightly affected the tonality and extension at the top end, but overall we are still dealing with a very balanced sound that oozes with natural, musical, neutral tonality, slightly titled toward the warmer side.  If you are familiar with N5, don’t expect drastic changes, and I will go over them in my Comparison section where I will look at Cayin family of N5, N6, and i5.

I know everybody has a different reference points when trying to describe sound signature of a DAP.  It’s not an easy task because headphones own sound signature plays a big role in this equation.  I went through many different IEMs and full size cans, covering different sound signatures, and arrived to one common conclusion.  The neutral, natural tonality of i5 pairs up great with most of them.  The only pair up I wasn’t happy about was with sensitive IEMs (like Zeus) where I find hissing to be a bit distracting.  I hope in their next N-series design, Cayin can find a better compromise in terms of background hiss level.  With i-series, they got too much other mainstream consumer stuff on their plate, but audiophile focused N-series would benefit greatly if the hissing with sensitive IEMs is reduced. 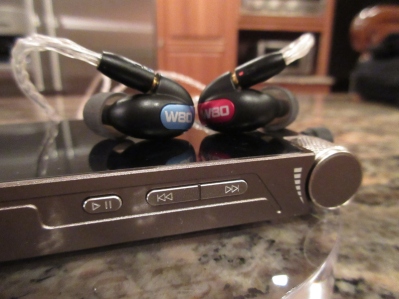 Of course, using external portable amp can solve this problem, or you can just turn i5 into a digital transport and drive your external DAC/amp.  The pair up with Micro iDSD was fantastic, very transparent clean sound which I enjoyed with all my IEMs and full size cans, and thanks to built-in IEMatch, I don’t have to worry about hissing.

Also, don’t forget that you have Bluetooth Wireless support which only depends on wireless encoding of the audio and the quality of your headphones decoding circuit.  Though aptX is not supported, lately I have noticed that many higher end wireless headphones use their own DSP sound enhancement where sometimes it’s hard to even tell a difference between aptX and non-aptX.  This difference is more audible with cheaper wireless headphones that use lower grade chipsets that limit bandwidth. 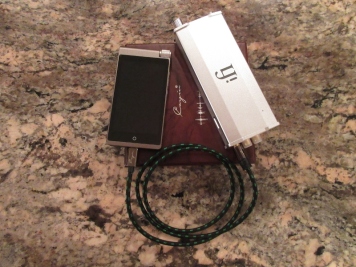 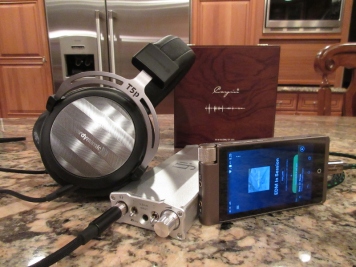 When I was reviewing N5, many people wanted to know how it compares to their flagship N6.  Obviously, with introduction of i5, people are curious how it compares to its N5 sibling and if it’s considered to be an upgrade or side grade.  I will cover below sound comparison of i5 to N5 and N6.  As far as i5 vs N5 goes, in my opinion it’s a side-grade where you need to figure out if you want streaming and Bluetooth support and OK with less storage, or if you want more storage (dual microSD) and balanced HO port.  In more details:

i5 vs N5 – both have a very similar sound signature and tonality, resolution and transparency, including layering of the sound and soundstage expansion.  The only noticeable difference is that i5 sounds a bit smoother at the top end.  We are not talking about warmer or less resolving sound but I have tested these with a few sibilant test tracks which sound more pronounced on N5 but have smoother upper peaks on i5.  Also, I prefer touch screen interface controls over mechanical wheel in this case.

i5 vs N6 – this comparison is very similar to how I heard N5 vs N6, where N6 has a brighter tonality with a more revealing sound which gets closer to analytical retrieval of details.  N6 sound also has more transparency and airiness, while i5 sound is smoother, a little warmer, and with more body in comparison.  At the same time, I hear i5 to have a wider soundstage than N6.  Both DAPs have a resolving sound, just a difference in tonality and transparency.  Also, despite flagship status, N6 is starting to feel a bit outdated, and in need of a refresh. 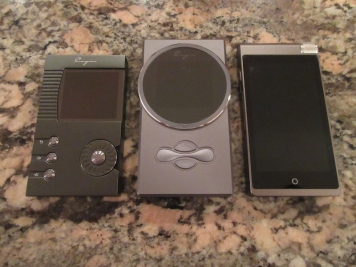 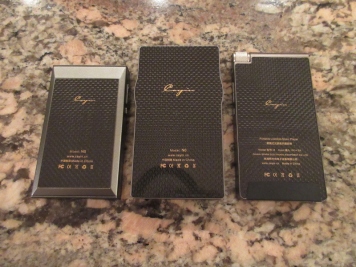 Next comparison could be perceived as a bit “controversial”.  With a recent introduction of FiiO’s X5 3rd gen, not sure if it’s still a collaboration with Hiby, many people turned to a new shiny toy, forgetting about their lost “hero”.  Both are great DAPs with their own strengths and weaknesses, and targeted at the same consumer audience who want a compact design with a decent audio quality and streaming capability.  So, let’s take a closer look.

i5 vs X5iii – in comparison, i5 has a little wider soundstage, while the staging depth is the same in both.  The bass in i5 is more layered with a better articulation, while X5iii bass sounds a little more one dimensional in comparison.  Both have a very similar bass extension and impact.  Upper mids in i5 are a little brighter and more revealing, including treble having more sparkle and airiness, while X5iii is a little smoother and more organic, including a little smoother treble.  I think that’s one of the biggest differences between these two DAPs, where i5 has an edge in sound quality due to a better upper end extension and more airiness which expands the dynamics of the sound, while X5iii sounds a little flatter in comparison.

My testing was done comparing Single Ended 3.5mm outputs, volume matched, between these DAPs.  When comparing i5 to X5iii BAL HO, I hear an improvement in sound where X5iii is a little more dynamic now, but still doesn’t reach i5 level.  Also, both have a very noticeable hissing with sensitive IEMs (like Zeus), though i5 is a little stronger and with a higher pitch sound.

When it comes to a design, i5 has a more premium solid look, but X5iii has a more practical and a more comfortable one handed operation since playback controls and volume wheel are on the same side and the volume wheel is a lot easier to turn.  Also, despite having the same 32GB of internal storage, X5iii has two microSD slots.

In terms of GUI design and interface, X5iii offers a more smartphone-like experience which is smoother when dealing with Google Play store and apps, while in case of i5 the Android apps feel like a hidden add-on.  That’s one of the biggest differences, where X5iii feels like Android OS with FiiO music app on top of it, while i5 feels more like an audio DAP with a limited Android access to allow apps on top of it.  It’s a very different experience that could attract different users.  If you are into audio streaming and apps and need more storage, X5iii will suite your needs better.  If you just want access to streaming apps and your focus is on better audio quality, i5 has a definitive edge here.  Keep in mind, i5 has a single AK4490 DAC while X5iii has two AK4490 DACs, and it’s a good example that more DACs doesn’t mean a better sound quality. 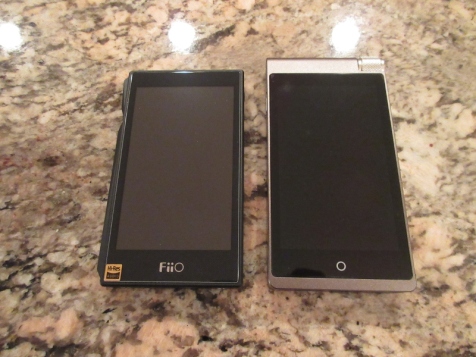 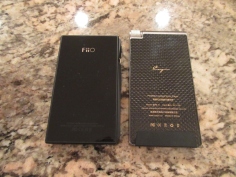 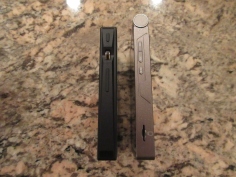 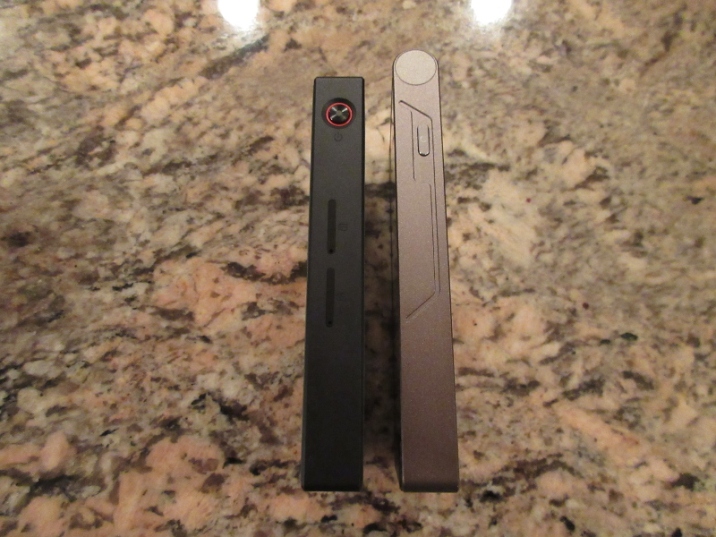 With headphones, they stay longer in demand, and some even become classics.  Once you put headphones on your consideration list, you can revisit it 6-12 months later and still find it relevant.  With DAPs, especially Android-based, the momentum is right before the releases and maybe 2-3 months afterwards, until something new is announced for release.  There is too much progress in a field of DAC chips, storage options, Android releases, different flavors of hw controls, and updates in various standards (like Bluetooth).  Plus, when you are dealing with app support, your hardware and OS version can become obsolete and not-supported in a short future.  It’s a risk for a manufacturer when they step out of audiophile-centered design with a better longevity, and step into a more mainstream consumer design where you must keep up with the latest trends that change every 4-6 months.

Personally, I don’t use streaming as much, but do recognize it has a huge selling factor for many consumers.  I do appreciate Cayin’s approach to bring audio player functionality to the front, and Android app support to the background which suites my needs, but maybe not others.  It was their first attempt to test Android waters, and I hope it won’t be their last.  As a matter of fact, I hope for the touch screen interface to appear in their N-series flagship release, because mechanical and button scroll controls feel rather outdated today.  Regarding i5, I still think it’s relevant despite other competitive releases, and perhaps with future updates Cayin team can optimize it further to make operation smoother since it still has some lag.  In terms of audio, it sounds as good as their N5 mid-fi DAP, and you have plenty of power and a great pair up synergy with a wide range of IEMs and full size headphones.  Maybe, it’s not a new kid on the block, but Cayin i5 is still a relevant choice when you are looking for a great sounding DAP with a bold solid design and support for WiFi streaming and wireless Bluetooth, all under $500.