The Mashup of Greatest Hits!

What does Stormbreaker, Bifrost, and Valknut have in common?  If you are a fan of Marvel movies, you will probably recall The Avengers Endgame and the universe around thunder-God Thor.  If you are a fan of Empire Ears, all these references come together in the design of their latest flagship ODIN, named after the prominent one-eyed God of Norse Mythology.  Ironically, there has been so much anticipation and so little details about ODIN, that some people started to question this release as being a myth.  But now, it is finally here.  The dynamic father-son duo of Dean and Jack did take their time to perfect the design and the tuning, and when I started listening to ODIN it felt like they captured the best ideas of previous EE flagships in one.

While it is not uncommon for EE to be creative with IEM names, here the symbolism behind every Norse Mythology theme reference has a special meaning.  Stormbreaker – the included bespoke PWA 1960 cable as one of the secret weapons of the design.  Bifrost – the exclusive multi-layered faceplate design which looks like the mythological rainbow that connects Asgard (world of Gods) and Midgard (world of Humans).  Valknut – the symbol of 3 interlocking triangles used in the faceplate artwork and y-split which could refer to a tribrid design of three types of DD, BA, and ESTAT drivers.  And all this is combined under a name of the highest of all Norse Gods – ODIN.

Reading about the legends of Norse Mythology is entertaining, and so does watching Marvel movies that smashed a lot of box office records.  But, will Empire Ears ODIN flagship tribrid IEM live up to its legendary mythological name?  Let’s find out in the following review. 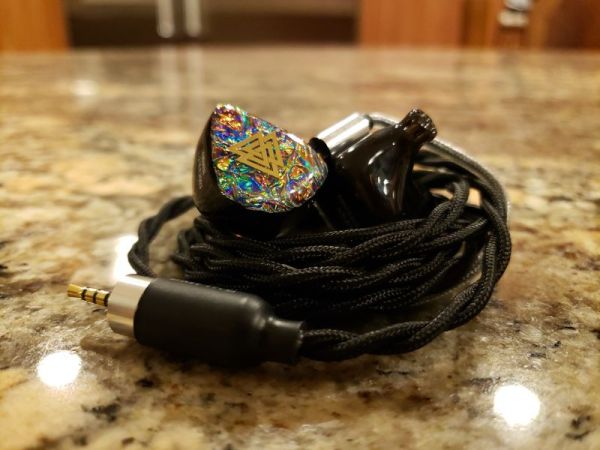 It looks like ODIN arrived in exactly the same premium packaging as I have found during unboxing of Wraith.  It’s not the most extravagant packaging, but it still creates a pleasant unboxing experience with a premium touch.  Dressed in an elegant white “tuxedo” with a silver-wings bowtie, the exterior cardboard sleeve and the box underneath feature Empire name and logo at the top.  The sleeve also had ODIN name and signatures of both Dean and Jack, but signature will be only featured on a handful of early releases, referred to as “founders edition”.  Under the magnetic flip cover, you will find IEM shells placed securely in a foam cutout with Stormbreaker PWA cable snaked around them, and a small thick cardboard “Thank You” card.  The rest of accessories are underneath in a slide out drawer which you access from the side.  This was an unboxing experience typical of opening a jewelry box. 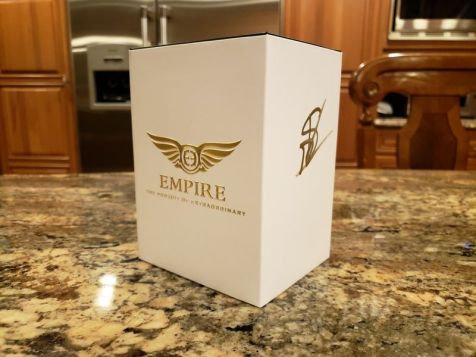 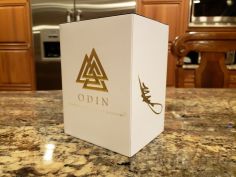 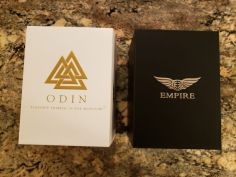 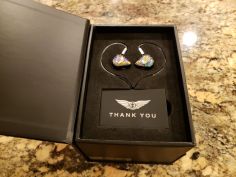 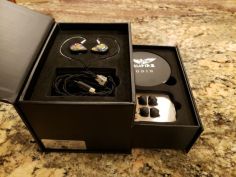 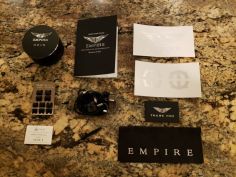 The accessories include a puck-shaped metal round storage case with a threaded top and a rubber lining.  The top had laser etched Empire logo and name, along with ODIN model name.  While the case is not exactly pocket friendly, it will make one heck of a cool paperweight on your desk.  Also, included were a set of premium Final Type-E eartips (SS, S, M, L, LL) in a metal holder, branded with both Empire and Final logos.  Furthermore, there was a cleaning tool, a cleaning cloth, and two sets of cool EE stickers. 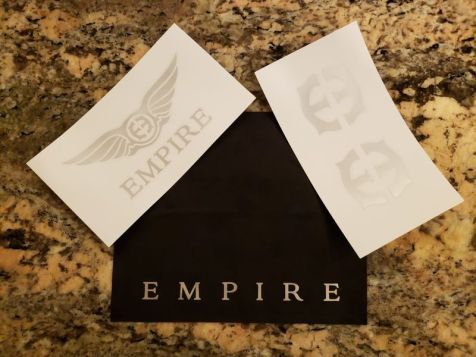 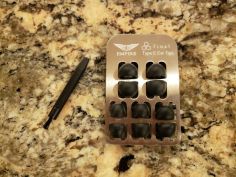 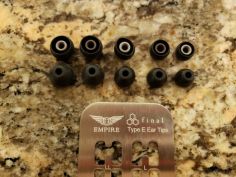 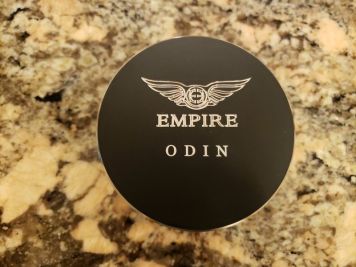 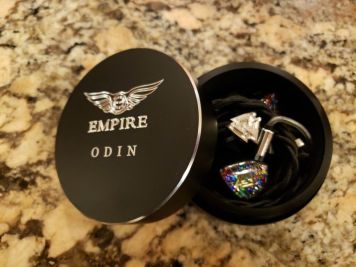 The cable uses 26AWG wires and FEP jacket for a positive signal and 24AWG thicker wires and PVC jacket for a negative signal.  The wires are insulated and combined under a tightly braided black carbon fiber sleeving which has a nice touch and still feels very flexible.  Don’t expect a see-through jacket which exposes every string of the wire.  This cable is not about pretty looks but a performance, using UPOCC Litz Copper premium wires presumably sourced from Cardas.

Since positive and negative signal wires are combined under the same sleeve, you can only see Left and Right wires, thus a name of 2-wire cable, but underneath you have 2 separate conductors on each side.  The cable I received has a plug with 2.5mm TRRS balanced termination with a heatshrink for enhanced grip.  Actually, on the packaging box I saw a checkbox with 2.5mm and 3.5mm, so I assume you can order 3.5mm terminated cable as well.  Connectors are standard 2pin 0.78mm, with Empyre name and corresponding L/R marking.  Also, the earhook portion of the cable has a pre-shaped clear sleeve, for comfortable and secure fit without a need of memory wire.

But the visual highlight of the cable is a silver Valknut y-split and a small silver chin slider.  The y-split 3 interlocking Valknut triangles were custom made by PENTACONN, which apparently makes more than just 4.4mm plugs. 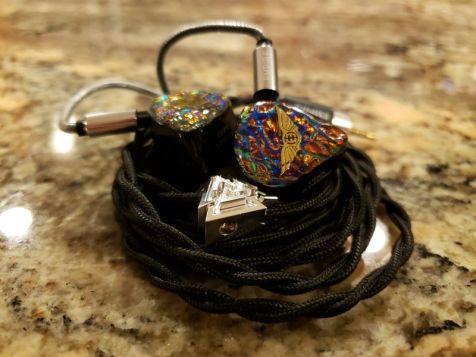 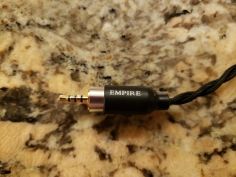 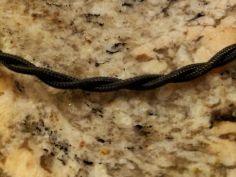 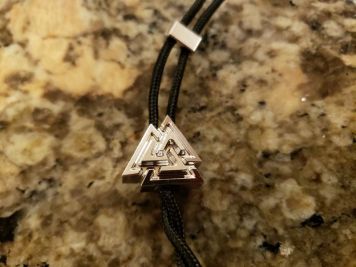 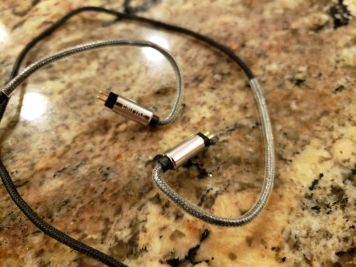 And if you have a source with other than 2.5mm balanced jack, EE also offers an optional 2.5mm to 4.4mm and to 3.5mm adapters.  Despite their DIYish look, these are high quality PWA built adapters, and 2.5mm to 4.4mm one I received with review sample was quite transparent in comparison to some of my other adapters that color the sound. 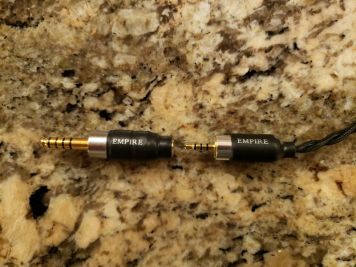 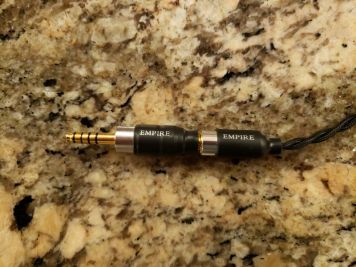 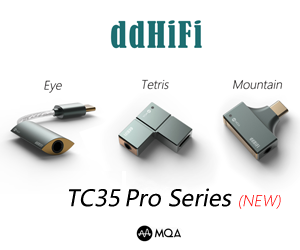