I’m aware that some people don’t believe in cables and have very strong opinions about it.  It’s not my intention to trigger the argument, and instead I would like to share what I hear during my testing.  What makes sense to me, a metal wire is a material with physical properties of resistivity, conductivity, purity, and unique geometry, all of which put together act as a filter between your source and headphones.  Variations of these physical properties can affect the conductivity of analog signal, resulting in a sound change, from a subtle to a more noticeable level.  If the talk about cables upsets you, please skip this section.

vs PWA 1960 4wire (8 conductors) – was looking forward to this comparison since switching from 4wire to 8wire typically changes (lowers) the impedance of the cable.  4wire (8 conductors) version brought mids/vocals more forward which created a perception of bass losing some of its power.  Bass didn’t lose impact, just with mids being more forward I’m hearing bass being a little lower in quantity relative to a stock 1960 cable (2wire/4conductors).  Personally, in this comparison I preferred stock cable.

vs Eletech Iliad – similar to above two pair ups, I hear bass being more attenuated, and as a result of that, mids/vocals being more forward and a little brighter in comparison to a stock cable.  Also, treble sounds brighter as well.

If you have a collection of replacement cables, it is always fun to cable roll, see which one pairs up better or has fine-tuning effect you like the most.  But in case of ODIN with its stock Stormbreaker PWA 1960 2wire (4 conductors) cable, the upgrade is not really necessary.  PWA 1960 cable has been around for a long time, and I reviewed its 2wire and 4wire versions three and a half years ago.  It is still quite popular, and regardless of how people feel about high end cables and their pricing, some audiophiles are willing to pay $1k for a regular 1960 2wire/4conductors cable.  Thus, in reality, the retail price ($3.4k) of ODIN includes the price ($1.3k) of a premium bespoke cable.

The comparison was done using ODIN with a stock balanced PWA 1960 cable, AZLA Sedna eartips, and P6, LPGT, and SP2k SS sources, volume matched in every comparison.  I also noted the cables used with other IEMs in comparison.

vs EE Legend X (w/Ares II) – ODIN soundstage is wider, spreading more L/R.  Despite both having dual W9 DD drivers under their hoods (ODIN has updated W9+ version), the quantity of sub-bass and mid-bass in LX is noticeably higher, putting it into more L-shaped tuning territory while ODIN being more balanced.  ODIN is not bass shy, but its bass it tighter, more articulate, and less overwhelming.  Mids in LX are more natural, smoother, and with a presentation pushing them slightly back, while ODIN mids/vocals are more forward, more transparent and layered, and with more reference quality retrieval of details.  When it comes to treble, LX is brighter and with more airiness while ODIN sounds more natural and less aggressive in comparison.  Both have a similar driver flex.

vs EE Wraith (w/Cleo) – Wraith has a wide soundstage expansion, but ODIN is still pushing it wider, creating a more holographic space.  Differences here are quite noticeable in every segment of FR (under consideration of sources I used).  A more neutral BA bass of Wraith is no match for the powerful rumble and slam of ODIN’s W9+ DD woofers.  Wraith mids have a fuller body and more organic smoother tonality while ODIN mids/vocals are more transparent, brighter, and more reference quality in comparison.  With treble, the comparison wouldn’t be as fair since I found Wraith quad ESTs needing a very powerful source/amp to come alive, while ODIN quad ESTs can reach that level with just an average power DAP.  When comparing both from P6 or other DAPs, Wraith treble is more tamed down, while ODIN treble has more presence, definition, and better extension. 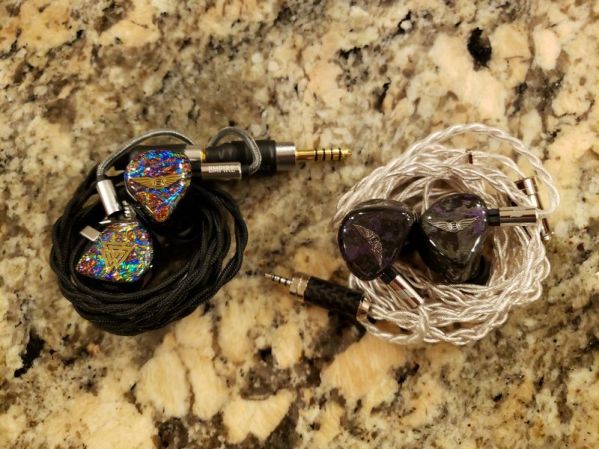 vs VE Elysium (w/Code 51) – both have a very similar holographic soundstage expansion, definitely matching the width and the depth.  With bass, Ely actually has surprisingly good quality for BA driver, but it can’t match the quantity of ODIN sub-bass rumble and mid-bass slam, and overall bass of ODIN is more articulate and tighter.  Ely’s mids are more natural, still very detailed and revealing, while ODIN mids are more layered and with a more reference sound characteristics.  Both have great rendition of mids/vocals, just done in a different way.  Both have a clear and fast EST-driven treble, Ely is brighter and more vivid, while ODIN treble has more controlled peaks and relatively more natural upper end extension.

vs 64 Audio Fourte (w/PPH8) – while Fourte soundstage is wide, ODIN still spreads a little wider L/R.  Both have dynamic driver bass, but ODIN bass is faster, tighter, more articulate, and has a little more impact in comparison to slower bass of Fourte.  Mids/vocals are quite different as well, with Fourte mids pushing a little back and being more colored and less transparent in comparison to ODIN mids with a more forward presentation, more transparency, and better layering and separation of the sounds.  While using different driver type (tia vs quad EST), their treble actually sounds very similar to my ears.

vs FirAudio M5 (w/Scorpion 8wire) – ODIN soundstage is wider in this comparison, spreading more L/R.  M5 has a powerful DD bass with a very similar impact as ODIN, maybe even a little more impact (M5), but it is slower and less articulate, while ODIN bass is tighter and faster.  Mids/vocals in M5 are smoother, with a thicker body and being more organic in comparison to a more transparent (less colored) and layered mids of ODIN.  Also, while both have a revealing and well controlled treble, ODIN has more air and better extension.

vs MMR Thummim (w/Plato) – I was able to add this comparison in the last minute since I got the opportunity to audition Thummim loaner for a week.  Both have a wide soundstage expansion, approaching holographic level, though I found ODIN to be wider which I suspect due to less bass impact and more transparency in mids.  Which leads me to bass comparison where Thummim has noticeably higher level of sub-bass rumble and more mid-bass punch.  When it comes to low end rendition, Thummim is bass heavy like floor standing speakers while ODIN has a more articulate layered bass.  Lower mids of ODIN are more neutral with a well-controlled amount of body while Thummim has a thicker fuller body lower mids.  In upper mids/vocals, ODIN is more layered and more transparent, while Thummim is thicker, warmer, more organic and colored in tonality.  And with treble, they actually quite close in comparison, though a more balanced signature of ODIN brings up more sparkle while warmer smoother signature of Thummim tames down the perception of it. 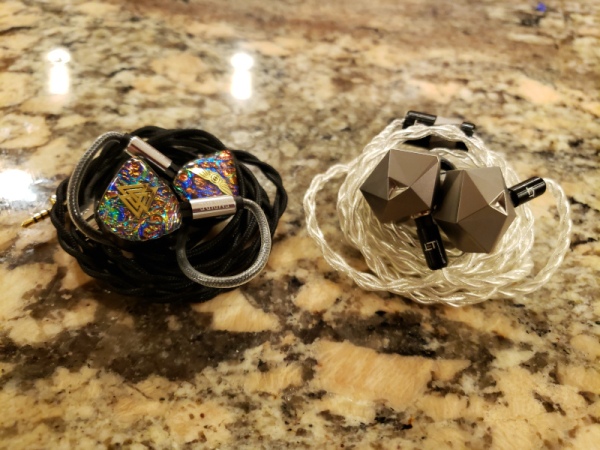 Page 5 – Source pair up and Conclusion.