Every Day Carry – Every Day Listening!

CONS: might not live up to expectations of those who crave more powerful DD bass, universal only.

I have a feeling that Bogdan, CEO and founder of FIR Audio, has a soft spot for bunnies since his products always feature ears of these loveable creatures.  But that wasn’t enough because it evolved into a full character to become the face, literally, of their new IEM release.  With majority of audio shows canceled this year, you have to be creative in order to introduce and to promote your new products.  I guess that is how Firry (the bunny) came to life as the mascot of 5×5 cartoonish campaign which has been a real fun to follow while guessing along the way!

Founded only 2 years ago, FIR Audio has come a long way in such a short period of time, starting with accessories such as IEM VACs and cables, and within a year delivering a complete M-series of hybrid IEMs with mature design and tuning to compete with other top names in the industry.  And with a current trend of some new releases pushing the limits of IEM pricing, nobody knew if this is going to be another kilobuck flagship or something else.  The only early clue was the name “5×5” which could have been interpreted in many different ways.

Then, a revelation was made, referring to this 5×5 release as EDC.  I honestly had no idea what that even means, until I saw Every Day Carry reference and put five and five together to realize what EDC actually stands for.  Now, two weeks later while carrying FIR Audio 5×5 every day in my ears, I would like to share with you what I found. 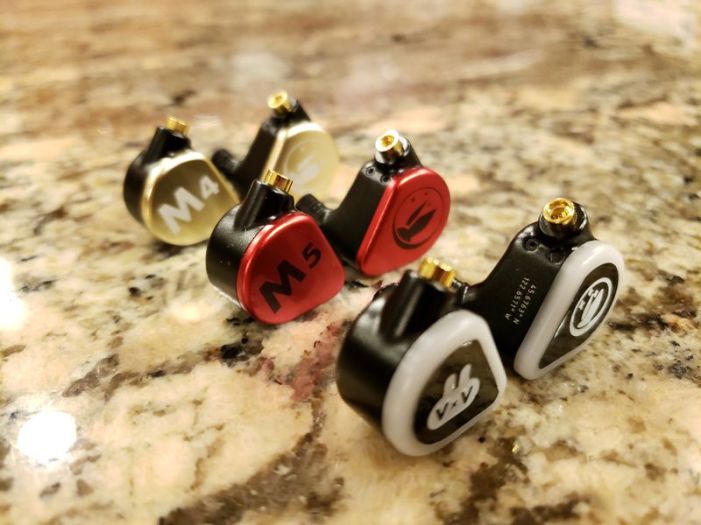 The unboxing experience of this release starts with a packaging box that arrived wrapped in FIR Audio tape with Firry on it.  The small compact box inside had Firry logo on the top and Five x Five spec on the back, while inside of that box you will find the round leather carry case and a few cute stickers of that promiscuous space bunny. 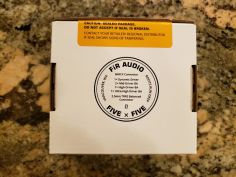 The round leather puck-shaped storage case is actually very nice and has the traditional FIR Audio logo with “bunny ears” imprinted on the cover.  Inside, besides a pair of 5×5 IEMs with a cable, you will also find a foam organizer insert with a storage for eartips and cleaning tool.  Included were a set of generic silicone eartips (S/M/L), a pair of double flange silicone eartips, and a pair of foam marshmallow eartips.  By the looks, I’m guessing the latter two were medium size.

While it is not necessary a fancy unboxing experience, seeing packaging tape, product box, stickers, and IEMs covered in “Firry” put a smile on my face. 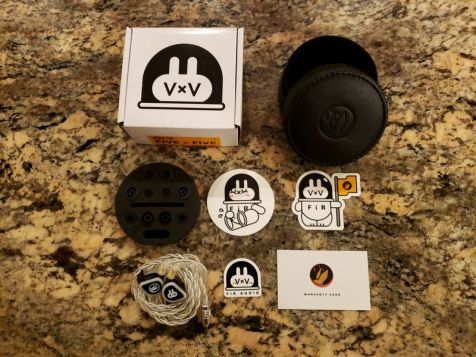 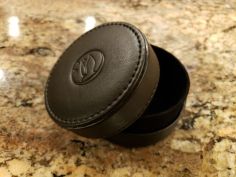 I was a little surprised 5×5 doesn’t come with FIR Audio own M-series braided copper cable.  Instead, stock cable is silver plated copper (SPC) with 2.5mm balanced termination, but it does match the look of the shell better in comparison to M-series brown cable.  I will go over the sound difference between these two later in my review.

Here you will find a single wire going to Left and Right sides because the cable has a coaxial geometry where one conductor, usually positive, is part of the core and another conductor, usually negative, is part of the shielding.  Coaxial cable makes design look cleaner, and still provides a good isolation between the wires.  Plus, this cable has a Teflon inner sheathe and enclosed in a modified clear TPU jacket.

As already mentioned, stock cable will have only one option with 2.5mm TRRS balanced termination in a short compact aluminum housing with a strain relief, matching y-split with Firry logo, and matching chin slider.  Going up to the connector you have a pre-shaped flexible earhook section going into universal mmcx connector.  But the connector housing is extended with an over-mold which goes over the shell connector to minimize lateral (side-by-side) movement, making the joint more rigid. 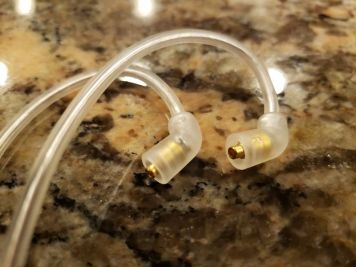 As many probably have guessed, 5×5 stands for 5 driver design, actually a hybrid design with DD bass, 2BA mid-driver, BA high-driver, and BA ultra-high driver.  And it features a sound reactor, a production friendly variant of FIR Audio’s tubeless design (direct aperture).  Also, it has a smaller 6mm dynamic low driver, back vented and with a performance closer to BA.  It also features Super+ version of internal ATOM module which supposed to give you 20dB of isolation to improve bass performance and to prevent driver flex.  As some are probably familiar, ATOM (Air Transferring Open Module) is a controlled leak valve intended to relief the air pressure which results in non-fatigue open sound listening even at higher volume, similar to Apex.  But unlike Apex, it uses a different method of how this leak is created and controlled.

The “guitar pick” shape of 5×5 shell is nearly identical to their M-series hybrid design with durable aluminum chassis.  The faceplate uses Dupont Delrin material with a thin piece of metal that has “Firry” on the right side and traditional FIR Audio rabbit ears on the left side.  The Delrin material is lightweight, very strong, wear resistant, and with an interesting property of turning slightly purplish under the sun or blacklight, though don’t mistake it for glowing in the dark since it doesn’t.

I found the shell to sit very comfortably inside of concha area of my ear.  Nozzle has a lip to keep eartips from sliding off and a mesh covering the tip to guard from wax.  The nozzle itself is not too long or too short.  As already mentioned, shells have a standard mmcx connector, and near the base of it you will find a single open vent shared by both dynamic low driver and ATOM Super+ module since the module is located inside by dynamic driver. 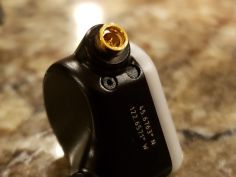 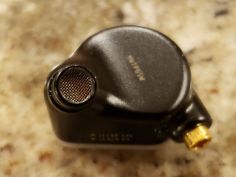